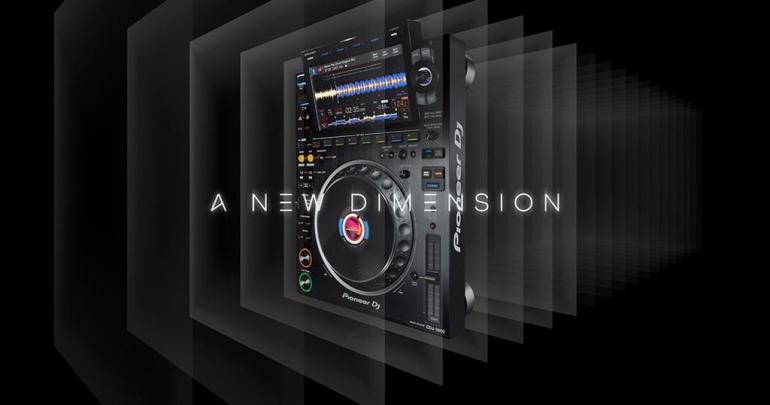 Described as “The most advanced player we’ve ever made” Pioneer has just announced the brand new CDJ-3000, the CDJ-2000 nexus successor.

Released back in 2009, the CDJ-2000 was the first “new generation” digital turntables targeted for professional DJs. Discontinued in 2012 and replaced with the nexus first version, in February 2016 the second version of the CDJ-2000 nexus came out, setting the quality standard for professional digital turntables. Now, after more than 4 years from the release of the latest Pioneer flagship CDJ, the newly revamped model is finally available.

The new CDJ-3000 features an MPU (micro-processing unit), the first of its kind Pioneer ever put in a CDJ. It drives the unit, delivering stable performance and enabling advanced new features, and it works with the other parts of the player to create a smoother DJ experience. For example, you’ll notice that tracks and Hot Cues load faster than ever thanks to the capabilities of the MPU and Gigabit Ethernet connection. The CDJ-3000 is a rekordbox Hardware Unlock device too. So, to use Performance mode, all you need to do is update to the latest version of the software, even if you’re using the Free subscription plan.

The intuitive user experience hasn’t been changed but only tweaking a bit to give to the user more creative possibility without re-learning how to use the interface. With a bigger and more resolute 9-inch touch screen display, the CDJ-3000 features new functions such as Touch Preview that enable effortless and rapid track selection, and, with a host of other fresh features including Touch Cue, Stacked Waveform, and 3Band Waveform, you’ll always know where the perfect mix points are on the cued track and the one that’s currently playing.

The new CDJ-3000 also includes 8 Hot Cue buttons – twice as many as the CDJ-2000NXS2 – that are arranged from left to right underneath the waveform display for more intuitive triggering.