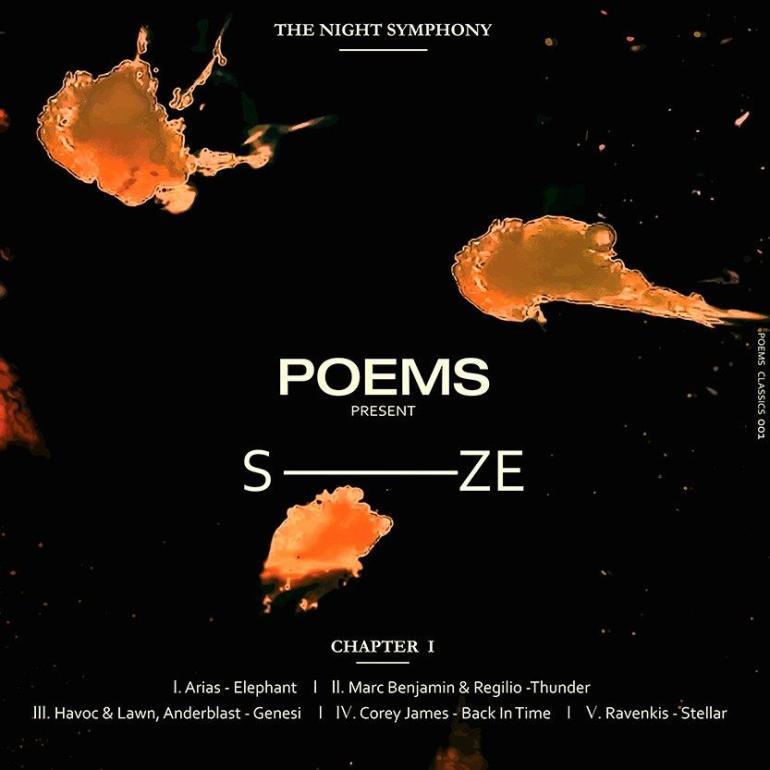 SIZE Records releases get an orchestral touch by Poems

Poems are a Greek duo who don’t like to be categorized in one genre. Quoting from their biography:

“Poems are echoes, asking from shadows to dance. Emotions that search their sounds and sounds that search for emotions. Music is our alter ego. Just like music does, Poems reminds us of our limitations and what we have to do to exceed them. Blending styles with melodies is our passion. That’s the reason why we have no genre. Style often corrupts, but (our) poetry cleanses. We are more concerned about creating images on a pentagram, expressing feelings and thoughts on the speakers, than following the beaten track. Listen to us and help us take you on a journey to explore the richness and diversity of existence through your imprint.  We are three music souls, we are Poems.”

The duo has recently released a five tracks EP called The Night Symphony where they have revisited in an orchestral key five SIZE releases. We can find, in order, Arias “Elephant,” Marc Benjamin & Regilio “Thunder,” Havoc & Lawn, Anderblast “Genesi,” Corey James “Back In Time” and Ravenkis  “Stellar.” The name of the EP titled Chapter 1 so we may have to expect another chapter including other tracks.

The reaction from both fans and artists of the original tracks was absolutely unexpected from the duo even if the EP is still unknown to many people.

“The Night Symphony” was released as a Free Download but according to some sources and because the free download link is no more working we are inclined to think that the outstanding work of Pomes has reached the vertex of SIZE so as to be released as an official release (this is just a guess based on the actual facts).