Have a look at the stage construction and more 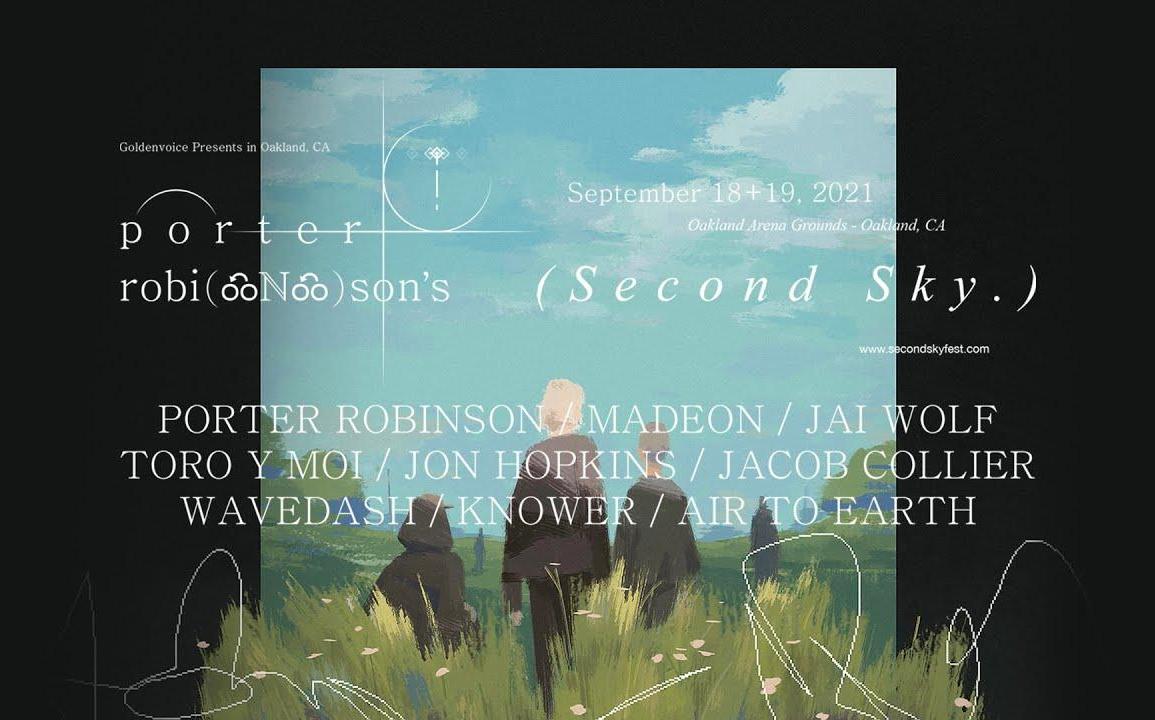 After the all-digital edition in April of this year, Porter Robinson returns with the first in-real-life edition of his festival, Second Sky 2021, live from Oakland Arena Grounds (swipe down for the live stream).

It’s been quite a year for Porter Robinson who has released his first album since the legendary Worlds in 2014. Nurture, the 2021 Porter Robinson album, has been a success and it has been acclaimed by the fans with enthusiasm. To celebrate the release Porter announce the return of his Second Sky Festival but, unfortunately, because of the pandemic, the April edition was held in a digital form only.

Videos from the festival.

Below you can find a collection of videos including new music by Madeon, Porter Robinson, and more. For the live stream and more full set video recordings scroll down at the end of the article.

Finally, months later, Porter Robinson Second Sky Festival is ready to return in real life, this time Oakland Arena Grounds. At the moment construction on the festival grounds and of the stages are almost over and you can have a look at them below.

The festival will run from Saturday 18th to Sunday 19th kicking off at 11:35 AM local time with a special Porter Robinson Air to Earth performance. This is a new Porter’s side project announced just some weeks ago. It’s focused on sample-driven, tranquil prog house and airy disco. “I started doing the opening set at Second Sky every year because I wanted to make sure even the earliest artists had a big crowd to play to. Air to Earth came about with that in mind” Porter explains.

The festival lineup and includes, besides Porter Robinson, Madeon, Jai Wolf, Toro Y Moi, Jon Hopkins, Jacob Collier and more. You can check the full lineup as well as the timetable schedule below.

Because the festival closes its door at 10 pm, Porter Robinson has announced an afterparty on Sunday at The Midway in San Francisco where he will play as Air to Earth. A special guest is also expected to play alongside him. On Saturday, Madeon is in charge of the afterparty as well.


Live stream festival and video from the ground.

Porter Robinson has confirmed that on Sunday the festival will be live-streamed on both YouTube and Twitch. In addition to that, the digital auditorium will be opened again to let virtual attendees of the festival hang out in the iconic Porter’s digital world.

Anjunabeats partners with MIT on a unique climate change study

Be sure to follow this page as we’re going to upload videos and new music (if it will be played) live from the festival.

The festival will be requiring all attendees to provide proof of vaccination or a negative Covid test taken within 72 hours of the event. Tests accepted are a negative COVID-19 test result (molecular, PCR, or antigen) that was administered by an official testing center. Tests must be taken no more than 72 hours prior to entry. Home testing kit results will not be accepted for entry. Test results must display the name, result, and timestamp in order to be accepted. The name on the test result must match the Government issued ID of the attendee to gain entry.