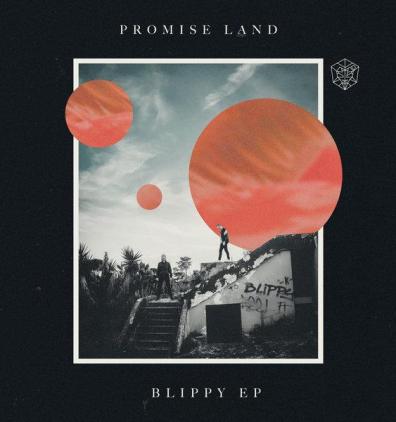 Besides the name of the EP, ‘Blippy’ is also the first of the two tracks. Rolling and fast bassline filled with groovy percussions are the main pillars of the record. In ‘Blippy’ you can clearly hear Promise Land signature sound, especially on the hypnotic drop. Wide synths and stabs make up the breakdown that rapidly jumps into the second drop. ‘Blippy’ follows very well Promise Land sounds we are used to hearing.

Two records compose the ‘Blippy EP’ and ‘Feel It’ is the remaining one. With more grungy and industrial inspired bassline, ‘Feel It’ moves slightly from Promise Land signature sound; nevertheless, the record keeps the duo’s sound enriching it with new elements.

Promise Land career exploded in 2015 when the duo debut on Steve Angello’s SIZE with ‘Why I Still Love You’. The track premiered on Steve’s Residency on BBC Radio 1 received an enormous success; it was played all year long by Steve Angello on every big music festival stage. After that they landed on Kryder’s Sosumi with ‘Love I Feel’ and ‘Let The Groove’. Another turn around in their career was the record ‘X-Press’ on DOORN; appeared 11 times in the 1001tracklists Weekly Charts, ‘X-Press’ was also one of the most played (if not THE most played) record of 2016.

Despite the fact that ‘Blippy EP’ is actually their debut EP on STMPD, the duo already released a track on Martin’s imprint. This June, Blinders’ single ‘Melt’ received a remix by the Italian duo.