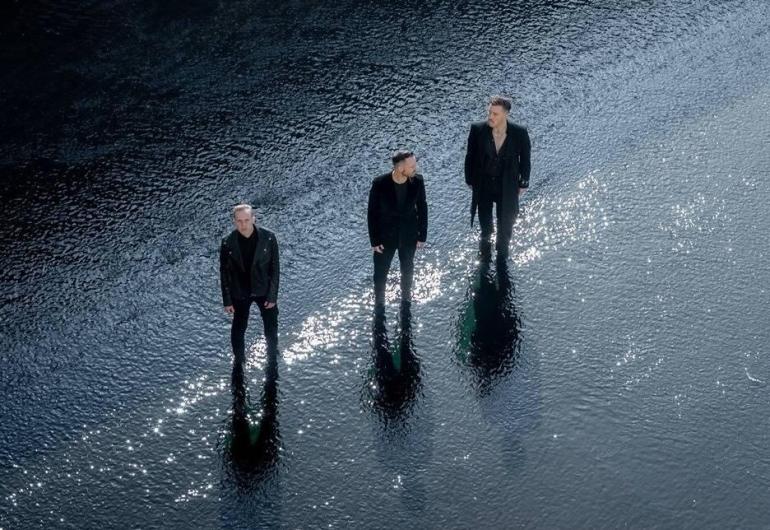 RÜFÜS DU SOL, the three-time Grammy-nominated live electronic band, returns today with the announcement of their North American ‘Surrender‘ tour, continuing the momentum of their biggest year to date. The Live Nation-produced tour will bring their acclaimed live show to seven cities across the United States, with additional dates to be announced.

The ‘Surrender’ tour kicks off in Chicago, IL on June 1, and will touch down at premiere US venues like Chicago IL’s Huntington Bank Pavilion, NY’s Forest Hills Stadium, Washington DC’s DC Armory, and more along the way. The tour announcement comes shortly after they sold out their first headlining performance at The Gorge Amphitheatre in the Pacific Northwest.

Surrender, RÜFÜS DU SOL’s triumphant fourth studio album, was released in October 2021 on Rose Avenue and Reprise / Warner Records. The album has been streamed over 106 million times across platforms since its release, and the hit single ‘Alive‘ has been nominated for Best Dance/Electronic Recording at the 2022 Grammy Awards. Their brand new, emotional live show went on to reach new heights after that, as they performed for 70,000 fans over three nights at the Los Angeles Banc of California Stadium, and then for millions more on Jimmy Kimmel Live! and The Late Late Show with James Corden.

The ‘Surrender’ Tour comes off the backend of Sundream Tulum, RÜFÜS DU SOL’s debut destination double-weekender that dazzled attendees with world-class music and wellness at Papaya Playa Project in Quintana Roo, MX. As they continue their mission to create new worlds for their fans to explore, the band continues to polish their most transcendent production and live performance to date.

Sign up for the ‘Surrender’ Tour presale at rufusdusol.com