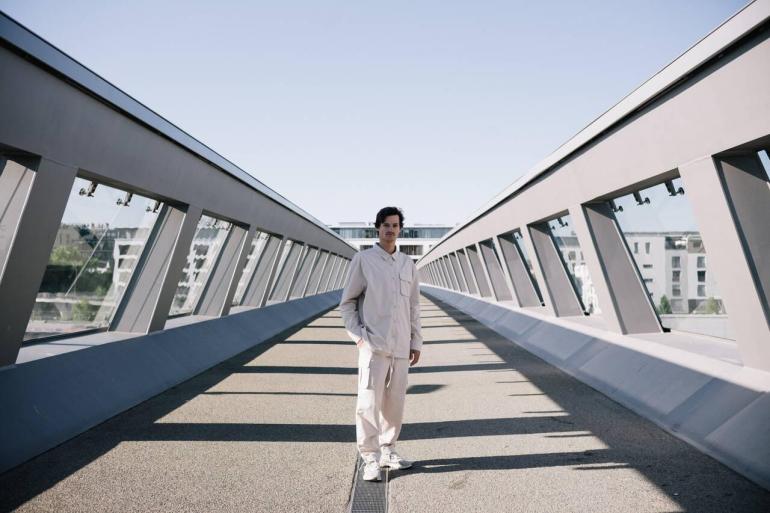 The official remix of RÜFÜS DU SOL‘s recent album heater ‘I Don’t Wanna Leave‘ from melodic tech titan Innellea was released today. The remix, which is out now on Rose Avenue and Reprise / Warner Records, comes after the Australian live-electronic trio reached a career milestone during their US tour, with 70,000 tickets sold at Los Angeles’ Banc of California stadium.

Innellea made her debut on Steyoyoke Recordings in 2016, and she quickly established herself as one of the most promising talents in the international techno scene. Innellea appropriately twists RÜFÜS DU SOL’s haunting lyrics and melody into a late-night staple in his cover of ‘I Don’t Wanna Leave,’ while preserving the original track’s distinct and rippling synth work.

Innellea has become a favorite of major labels like Innervisions and Afterlife in recent years. Recently, the German selector was tapped by Solomun’s Diynamic Picture series, where he effortlessly blended cinematic and post-apocalyptic sounds together to create isolating scores and an intimate listening experience, something that has become somewhat of a trademark to his artistry.

Innerbloom was a very important song during my youth and played an important part of my first contact with electronic music. I am very happy and proud to contribute a remix for them now. – Innellea

Innellea joins a select group of remixers who have worked on previous singles from RÜFÜS DU SOL’s Surrender LP. ‘Next to Me’ saw renditions from the titan of the Brazilian electronic music scene Vintage Culture and TAU label bosses, Adana Twins, while ‘Alive’ was mixed by underground trailblazer Solomun and the inspired musical concept from Tale Of Us’ Matteo Milleri, Anyma.

Fred Again ‘Turn On The Lights’ got a massive new remix

The album, which has already surpassed 55 million global streams and debuted at #1 on the ARIA Australian album charts, represents a new chapter in the world that RÜFÜS DU SOL has been shaping and nurturing since their inception. They expertly bridge the gap between their electronic roots and prowess as live musicians, built on their own terms as they travel down their own distinct sonic lane. The record demonstrates a bolder and braver sound than they’ve created in the past, a result of a culmination of influences from Trent Reznor and Nine Inch Nails to Moderat and Jon Hopkins.

RÜFÜS DU SOL announced Sundream Tulum alongside Papaya Playa Project, an immersive destination event set to run in Tulum, Mexico next year, following the album release and subsequent US tour, for which only a few dates remain. From March 10-13 at Papaya Playa Project, Sundream will see the Grammy-nominated live-electronic band bring together their fans and some of their favorite artists in the world such as Bob Moses, Monolink, Adam Port, WhoMadeWho and more,to one of North America’s most beautiful locales. More information on tickets and the event can be found here.