The remixes act as extended layers within the RÜFÜS DU SOL realm that only continues to grow beyond our own physical surroundings. 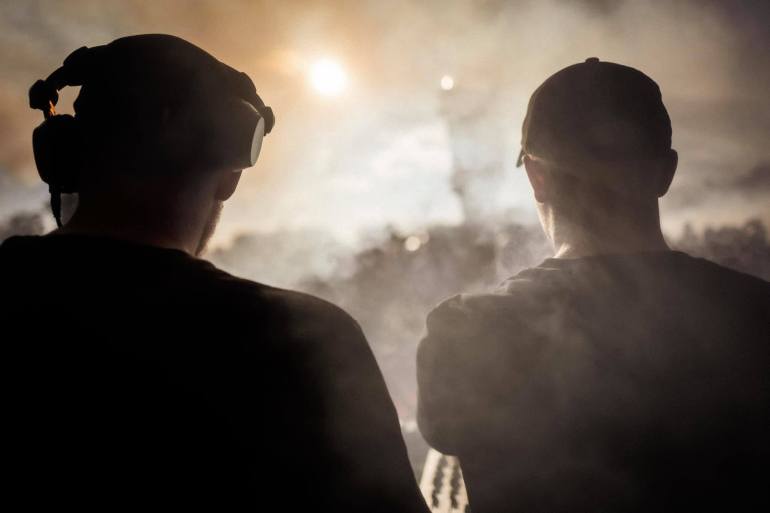 RÜFÜS DU SOL, Australian live electronic act and tastemaker, released two official remixes for their latest single “Next To Me“ today. Vintage Culture, titan of the Brazilian electronic music scene, is leading the double remix package, which is out now on Rose Avenue and Reprise / Warner Records. The second comes from TAU label bosses, German underground duo the Adana Twins. Stream and download the remixes here.

Platinum-selling Vintage Culture aka Lukas Ruiz opens the package with a six-and-a-half-minute slice of complex, deep melodic house. Vintage Culture transforms the track into a late-night dance floor heater with textured synthesizers and juxtaposed bass lines while keeping the focus on Tyrone Lindqvist’s alluring vocals. The remix follows multiple Beatport #1s for Vintage Culture, who is enjoying a summer of sold-out shows and high profile festival appearances at the likes of Fabric London, The Brooklyn Mirage NY, and Space Miami, Creamfields, and Lollapalooza.

I love RÜFÜS DU SOL since day one. They are a real inspiration to me. I’m so honored! A dream coming true. I hope you guys enjoy my remix for ‘Next to Me’. – Vintage Culture

The Adana Twins’ artistry naturally aligns with that of RÜFÜS DU SOL, driven by a deep desire to transmit emotion through electronic music. Their remix of “Next To Me” from “A Night at Revolver” transports the listener to the dance floor of Melbourne’s infamous hangout. The Adana Twins infuse the record with their signature techno sound, which serves as a constant reminder of the duo’s German roots and club scene upbringing. While Vintage Culture has been performing, the Adana Twins have been creating, most recently releasing their EP 1983 on Solomun’s Diynamic label, which includes previous RÜFÜS DU SOL remixer Solomun. The EP rocketed into Beatport’s Indie Dance Top 10 and is still climbing. Watergate Records released ‘The Curve EP‘ a month prior, contributing to a triple number one across three genres. With a recent Hot Mix for BBC1’s Pete Tong in July and an exclusive print edition of TAU’s Spektrum compilation series.

We’re huge fans of RÜFÜS DU SOL and really enjoyed remixing one of their tracks! In the studio we had those epic moments in mind when we played RÜFÜS DU SOL tracks at Revolver in Melbourne. It’s the (quite obvious) secret behind the remix title. 😉 – Adana Twins

How Barcelona will turn into Europe’s techno capital next weekend

‘Next to Me,’ at its core, is a love song that captivates the listener with its euphoria. The delicate lyricism of the original remains a constant while Vintage Culture and Adana Twins effortlessly twist the record to mold it into their own distinct production styles.

Osk directed a self-initiated, artificially intelligent visual work to accompany the release of ‘Next to Me.’ Osk, who has worked with Kanye West, NASA, John Coltrane’s estate, and Google, combined the power of artificial intelligence with RÜFÜS DU SOL’s obsession with audio-visual world-building to immerse viewers in new and complex landscapes. Last week, the band continued their exploration of artificial intelligence by releasing the music video for their single “Alive,” which was created entirely with Epic Games’ Unreal Engine by renowned director James Frost.

RÜFÜS DU SOL continues to invite producers from all over the world to join them in creating visual worlds to accompany their expansive soundscapes, and to suggest their own musical interpretations. The remixes from Vintage Culture and the Adana Twins act as extended layers within the RÜFÜS DU SOL realm that only continues to grow beyond our own physical surroundings.