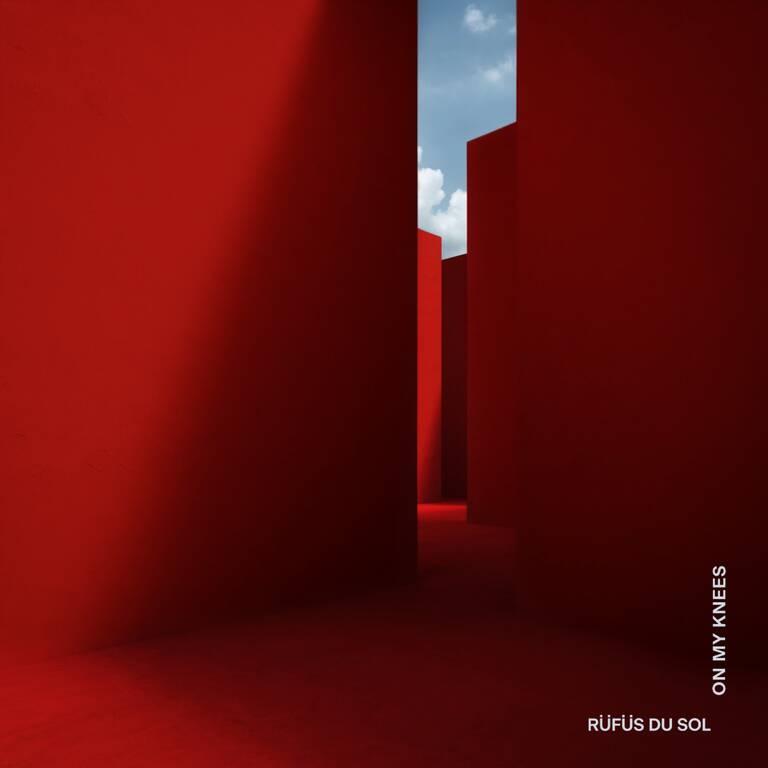 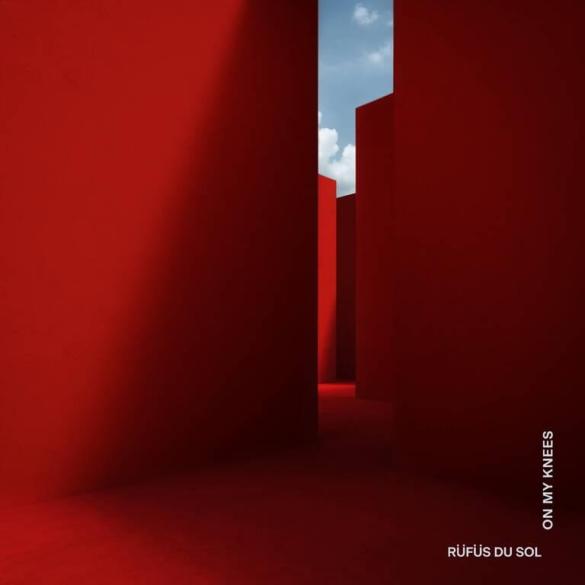 The new single from the album, ‘On My Knees’ is out now on Rose Avenue and Reprise / Warner Records

RÜFÜS DU SOL, the Grammy-nominated live-electronic trio, has announced the release of their fourth full-length album, ‘Surrender,’ and its third single, ‘On My Knees,’ (download) via Rose Avenue and Reprise / Warner Records.

RÜFÜS build their own world with ‘Surrender,’ an album written on their own terms. Even as they write songs and play to crowds that break the traditional glass ceiling for dance acts, the band’s electronic roots offer a proud point of differentiation from other stadium-selling live artists.

The new album and the previous releases.

‘On My Knees‘ is a brooding glimpse into RÜFÜS DU SOL’s darker tendencies, toying with honest emotions and aching lyricism, demonstrating what sets them apart in the electronic space. While previous singles ‘Alive‘ and ‘Next To Me‘ expressed a desire for love and romance, ‘On My Knees‘ has an anguished feel to it, which ties in with the powerful title ‘Surrender.’ The band pays homage to Trent Reznor’s and Nine Inch Nails’ industrial sounds and sonics, as well as the lyrical intensity that has defined their career.

Tyrone Linqvist hauntingly sings “If you could see me now, I’d probably let you down… Looks like I’m on my knees again, feels like the walls are closing in.”

For this song we had a lot of fun writing something that was darker, driving and a little more edgy. It’s definitely one of the most banging tracks on the record – we referenced some of our favourite club music for the drum programming and had fun envisioning the time when we could finally play this live. It had an amazing reaction at our Red Rocks shows last month which was really special for us. – James Hunt

RÜFÜS DU SOL is a band synonymous with tension, they came together through the push and pull of the dancefloor, have a live act whose passion lies on the dancefloor, and lyricists who spill their personal pain for thousands to dance to. The album inhabits a world that is deep, lush, organic, yet electronic, from the opening keys of ‘Next to Me‘ to the propulsive chug of ‘On My Knees.’

This world building has been RÜFÜS DU SOL’s focus since its inception, its name meant to evoke an otherworldly destination, a future point the band dreamed of arriving at from their bedrooms in Sydney, and, later, recording studios in Berlin and LA. Surrender needed this vision because they were writing songs to transcend the intimacy of the world they were creating together in a ground-floor Hollywood apartment studio. As a result, they’ve created a record that is more daring, brave, and far-reaching than anything they’ve done before.

The band comments about the album.

The accompanying music video was shot in August at the Red Rocks Amphitheatre during a one-of-a-kind show rehearsal. Alex ‘Katzki’ George, the band’s creative director, worked with Ruff Mercy, an animation director and artist based in the UK, to create visuals/animations for the video, giving it a darker 90’s rave vibe. Ruff Mercy has worked with artists such as Thom Yorke, Disclosure, Run The Jewels and big brands such as Nike, Apple, Adidas and many more.


We had been fans of Ruff Mercy for a while and started talking to him during lockdown last year. At first we were bouncing ideas of what could be possible if we couldn’t leave our rooms. After a lot of back and forth it all came together pretty quickly and we ended up shooting the video during a twenty minute gap at our Red Rocks show rehearsals.

There was a really great energy in the room from all these people who were there working on our live show, and switching tracks in order to shoot this seemed to get the best out of everyone (our lighting and live show team, as well as Leah who managed to capture the kinetic electricity of the song.)

We were all pretty tired from long days in the rehearsal space but once we found a window to shoot in – Jon, James and Ty gave these charged performances in the short time we had.

It was so captivating that what we thought was going to be a full animation clip became mostly a performance clip. It felt really great being able to share this with Ruff and see him do his thing.

It felt like making music. Sharing tracks across the world and getting another artist’s take on it. – Alex ‘Katzki’ George

As the band returns to the stage for their North American tour and array of festival performances, they experience once again the immense demand for their live return. Two sold-out nights at Red Rocks Amphitheatre; 70,000 fans waiting to see them perform over three nights at Banc of California Stadium in Los Angeles; festival appearances at Governors Ball, Austin City Limits, and III Points; and a slew of other shows across the southwest United States serve as a stark reminder of their global music influence.