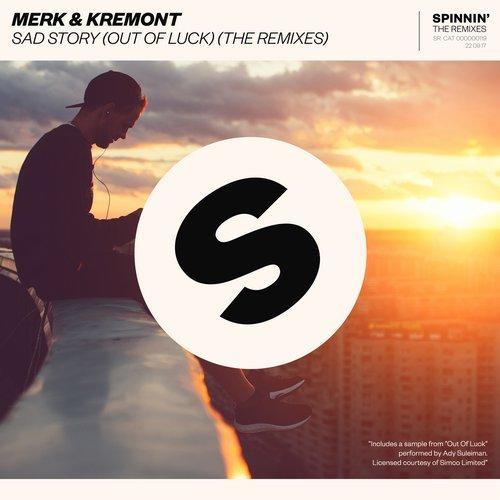 [vc_row][vc_column][vc_column_text]Merk & Kremont are globally recognized for their incredible talent and their capacity to adapt their sounds every time. With releases on the biggest label as SIZE, Protocol, and Fonk they have now signed an exclusive agreement with Spinnin’ Records. Their last track, “Sad Story,” has received massive support from all over the globe, so the two guys and Spinnin’s have decided to release a Remix Pack.

Today we are not going to the entire pack, composed of five tracks, but we will focus on, probably the best (for us) remix of the track. We are talking about the USAI & Crusy Remix.

We are not talked about “Sad Story” because it’s an unconventional release of Merk & Kremont. It’s a radio friendly tune with pop influences but this remix, well, it’s another (good) story.

USAI and Crusy have injected what every one of us is waiting for: the groove.  If the break is similar to the original, the drop is full of groovy vibes. Both artists have well known in the Groove scene thanks to their influential releases, so this choice didn’t surprise us. (Crusy has recently signed with Release Records).

A big up to both USAI and Crusy for the massive release and to Merk & Kremont for the beautiful Original Mix.