Sebjak released a brand new collaboration with Özgür Can 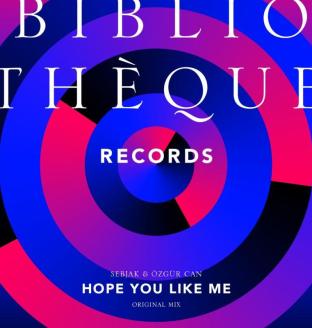 No rest for the wicked it’s probably the mantra of this summer for Sebjak. The prolific Swedish DJ, producer, and label owner released three collaboration so far this summer with his national peer Fahlberg. And it’s not over yet, as he released another one. This time he’s teamed up with Stockholm’s other hometown hero, Özgür Can for ‘Hope You Like Me’.

Sebjak released a brand new collaboration with Özgür Can called ‘Hope You Like Me’ and, we like it a lot!

Özgür Can isn’t a strange name to fans of Sebjak’s label Bibliothèque Records as he released a couple of really nice records on it in the past (check here and here). Sebjak and Ozgur’s new joint venture ‘Hope You Like Me’ features a super relaxing and organic breakdown and, if you like more deep and laidback side of house music, you going to be like this their new record as well.

It’s a perfect soundtrack to the long summer sunsets, on the beach, with the cold drink in the palm of your hand or, it could be also a convenient record for the late afterparty, in the dark basement when, besides music, nothing else matters. The choice is up to you. But whatever you choose, you will like it, that’s for sure.

You can buy it here.