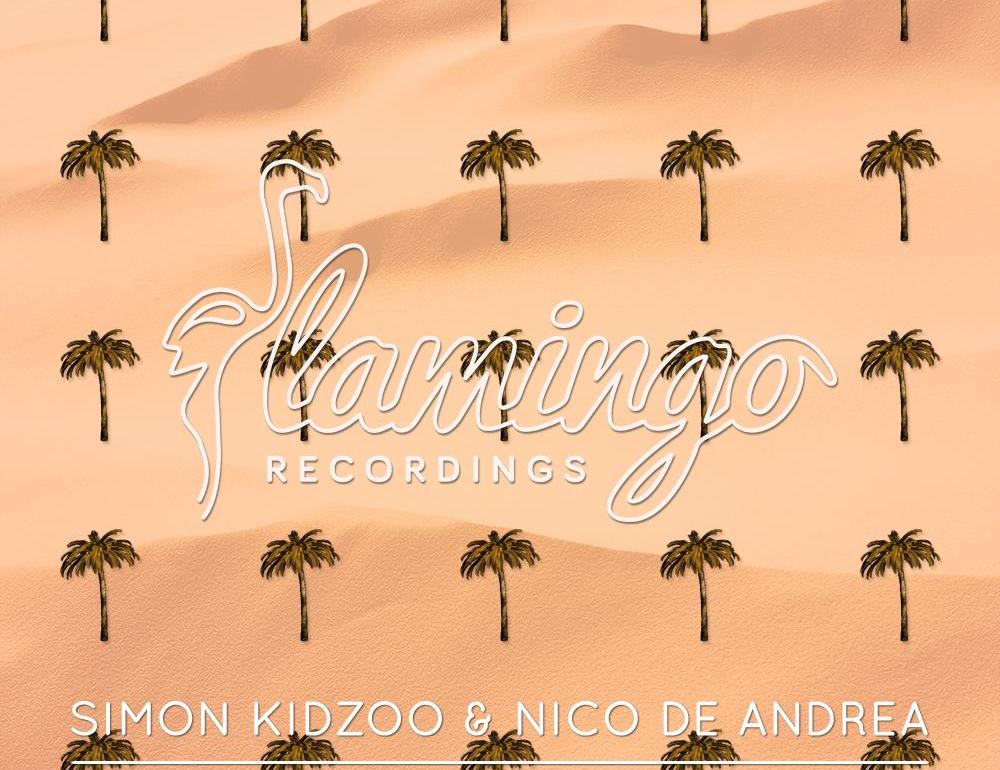 [vc_row][vc_column][vc_column_text]Flamingo Recordings is one of the most iconic and well-known labels in the dance industry.

Founded in 2004 by Fedde Le Grand and Funkerman, Flamingo has released timeless classics as “Where We Belong” and “Sparks” by Fedde Le Grand. The label has also helped some artists, now internationally known, to kick off their career. An example is Flamingo Nights, Vol.3 mixed by Nicky Romero and Deniz Koyu.

Flamingo sailed in the Dance world even before it had the acronym.

Since a few months back, Flamingo has changed the look of their cover arts, ranging from decorative, colorful and summer-ish to cleaner but at the same time cheerful covers. This change of look is also reflected on the tracks released. And last but not least, the one that will be released tomorrow, makes no exception.

‘Close To You‘ is the name of the track and it is a collaboration between Simon Kidzoo & Nico De Andrea.

We had the opportunity to ask a few questions to Simon and this is what he said:[/vc_column_text][vc_text_separator title=”Q/A with Simon Kidzoo”][vc_toggle title=”Hi Simon! First of all, your new track on Flamingo is super. Your style is simply outstanding. How is it born?” open=”true”]Hi guys, thanks for asking me! And also thank you for your praising words!
I grew up with house music. When my dad was listening to artists like The Shapeshifters and Freemasons I immediately fell in love with this kind of music. So, when I started producing I used their influences in my tracks. After that, I got really inspired by the Nopeisdope and Sneakerz sounds. Super catchy! And guys like Dennis Ferrer, The Martinez Brothers, Chocolate Puma (The Good Men). If you listen to all of that kind of tracks, you will know where the ‘Simon Kidzoo sound’ is coming from.[/vc_toggle][vc_toggle title=”Your upcoming track, Close To You, is in collab with Nico de Andrea. How this collab it’s born? Do you send it to Nico? Did you already know him?” open=”true”]About a half year ago I found the vocals, so I created something around it. The intention was to make something ‘summer’, with a dark and techy bottom. A song that people will easily recognize. After that, I decided to send it to Nico, because I knew him from his tracks with Tom Tyger. He added the final elements and that’s how ‘Close To You’ is born. [/vc_toggle][vc_toggle title=”“Close To You“ is more chilly house compared to some other your releases that are more energetic and heavy. Do you like to explore new style/sounds?” open=”true”]Yes, for sure! I don’t want to push myself in just one genre or scene. I just love making music in every kind of way! Like my previous release ‘Mikumi’ with Skitzofrenix. Supported by huge names like Malaa, Toddla T (BBC 1EXTRA) and Anna Lunoe (Apple Music), to name a few. My main goal is that everybody could play my music, will dance and smile to it when they hear it.[/vc_toggle][vc_toggle title=”You have also played on Sosumi boat party b2b with Regilio. Are you a close friend of him? Have we to expect something together in the future?” open=”true”]Regilio is one of my best friends. We have the same way of thinking and help each other a lot. He’s a genius with sound design and got so many musical talents. I think we’ve made like 20+ tracks in a year together, in every kind of style. Try to get in the studio at least once a week. We will definitely release some new tracks and there are also plans to do shows in 2018 together. The Sosumi boat party was just the beginning. [/vc_toggle][vc_message style=”square” message_box_color=”warning” icon_fontawesome=”fa fa-thumbs-up”]Thanks for having me guys![/vc_message][vc_separator][vc_column_text]

Simon Kidzoo & Nico De Andrea land on Flamingo Recordings with “Close To You,” a fantastic house track which remembers us the summer vibes.

The track begins with an excellent percussion loop that is then enriched by the main melody of the piano. The song continues towards the drop followed by a wonderful vocal loop. The drop is an explosion of groovy sounds fortified at the end by a perfect trumpet melody. The break follows the vibes of the drop with this amazing vocal on top driven by the trumpet melody.

The whole track is a perfect example of a record that you can listen while chilling at the end of a hard day or, to the opposite, a dancefloor tune that can make dance an entire crowd. Simon has played it during the Sosumi Boat Party in Amsterdam, and the crowd went completely crazy.

We don’t want to spoil anymore, so you can listen to the exclusive track and buy it below![/vc_column_text][vc_btn title=”Download/Stream” style=”flat” shape=”square” size=”lg” align=”center” i_icon_fontawesome=”fa fa-download” button_block=”true” add_icon=”true” link=”url:https%3A%2F%2Fl.facebook.com%2Fl.php%3Fu%3Dhttp%253A%252F%252Fflamingorecordings.lnk.to%252FCTYFF%26h%3DATNQKgSDNmsRcxIRRv-j-v6ht23uNLGQ8yKhY-s1H7C_AhxUswmH9NdFWXjrBw2O6yxPH1z_AcYJ65f38GXG01xqlhyAbZWBbqngY81FJTN8FO__IA1t1j5e-GgTYSyz6QNB_9bQlr4YOUlLfq9eNIWRTRTYTlK_DfN73HrSin5GOPXUXb2K7wSDDq1KQHN9mRjpVm1grlcQ0R2aQFjzpqYESBAmYpNLFUCFpj0RuenBINBpTa5CVUTUyLWXNaVPUsq9g4XwGEn4h2KaluLadlfVtM5f6W_GVGKdk-EpHNI|title:Download%2FStream|target:%20_blank|”][vc_column_text][/vc_column_text][/vc_column][/vc_row]