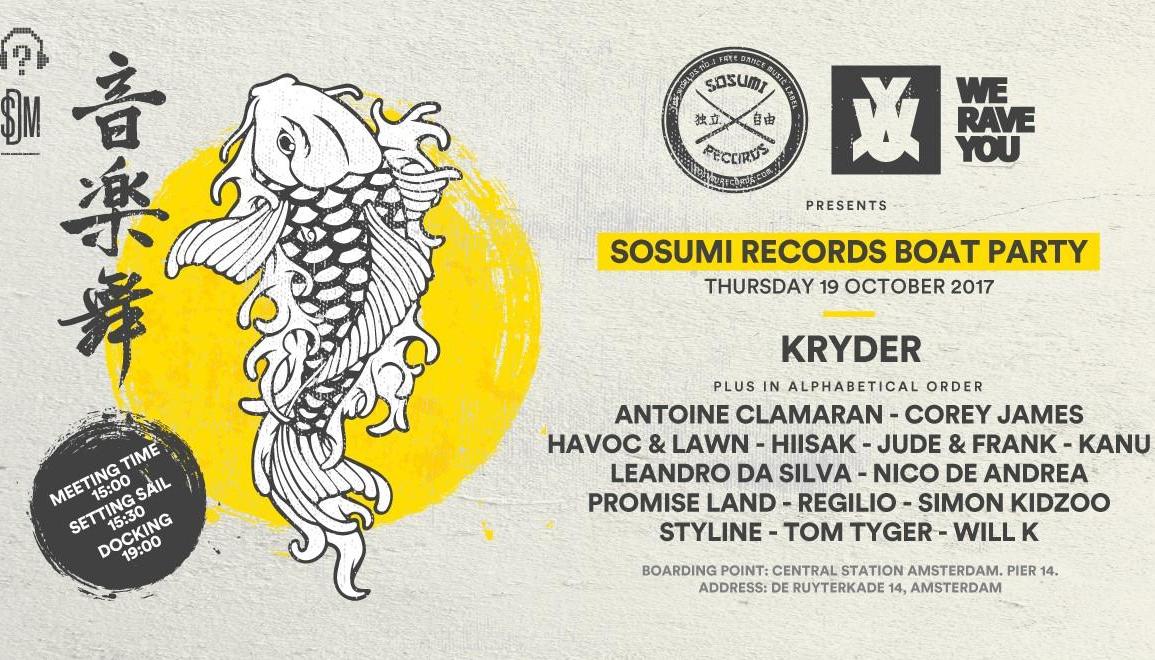 This year’s ADE has been already criticized by a lot of music enthusiasts because of the lack of events. The Groove crew also was complaining about the lack of info about the Sosumi Records Party, a proper institution for our genre fans.

Yet, today the “World’s n.1 Free Dance Music Label” finally announced its event in collaboration with We Rave You, and it couldn’t be any better.

The party’s lineup is every Groover dream: the boss Kryder invites 15 of the best Groove exponents to deliver the sickest boat party you’ve ever attended to.