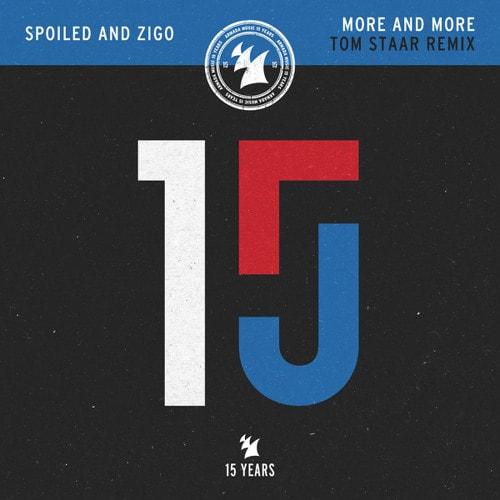 Tom Staar started his 2018 with the amazing “Come Together” on Axtone, and now he deploys a brand new remix, an eagerly awaited one. The Brit Groove master has recently been teasing some new sounds in his livesets and Instagram Stories, sounds influenced by the 90’s rave era, which make him earn the “Ravey Tom” nickname.

The first track of this series to get a release is his remix of the classic trance tune “More And More” from the Dutch duo Spoiled and Zigo, released back in 1999. Tom Staar edit takes the original “handsup” melody and combines it with a dark, dreamy vocal part. The drop is able to set on fire every dancefloor with his acid leads, exactly as the original did.

Played for the first time by Tom himself the Remix is currently supported by names such as Bob Sinclair and Hardwell and it’s available for the stream and  download via Armada.