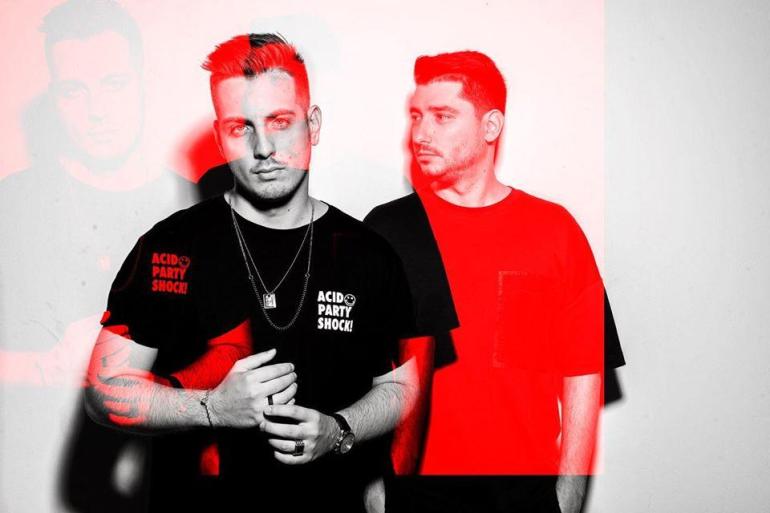 After collaborating together with Nicky Romero on ‘Love You Forever’, Stadiumx and Sam Martin reunite on progressive anthem ‘Be Mine’

Hungarian stars Stadiumx (our interview) announce the launch of their brand new in-house label Sub Religion Records, with the imprint’s debut single, the Sam Martin collaboration Be Mine, out for international release today on all platforms.

A sumptuous, sweeping slice of pure Progressive House, Be Mine has already reaped a swathe of A-list support from across the genre’s board. Martin’s effortless, silken vocal is the perfect foil for Dave and Sully’s anthemic production as they masterfully span across the bass to the treble, warm undertones running all the way up to delicate, ethereal piano arpeggios. Bar by bar the pair harness the increasing energy of percussion, synth, and topline, bringing the growing swell of their elements to crescendo with spine-tingling efficiency.

Be Mine is not the first time Stadiumx and Sam Martin – who has previously worked with the likes of Armin van Buuren, Sam Feldt, and Robin Schulz – have collaborated. The trio first crossed paths on David Guetta’s Lovers On The Sun when Stadiumx were handpicked by the French legend for remix duties. In 2019, when Stadiumx teamed up with Nicky Romero to release Love You Forever on Protocol Recordings, Martin again provided vocals, the track going on to clock up a cool 10 million streams on Spotify alone. To launch their own label, always one of the biggest landmarks in the career of any production team, Martin was the natural choice for the Hungarian duo to kick things off with.

We’re really excited to launch our own label ‘Sub Religion’, – Dave and Sully said – “and we couldn’t think of anyone better to collaborate with for our first official release than Sam Martin. We had such a huge hit with him and Nicky (Romero) last year with ‘Love You Forever’ and we’re so pleased that the chemistry between all three of us was yet again superb. We’re very proud of the end result, we’ve spent a good few months making sure ‘Be Mine’ was totally perfect, we hope everyone enjoys it as much as we do!

With Sub Religion Records now affording Stadiumx the opportunity to further establish their own legacy of sound, fans can expect to hear a lot more from the pair over the coming months, including major collaborations with A-list names and some exciting fresh talent unearthed by Stadiumx.