[vc_row][vc_column][vc_column_text]Just after the tragic news about the passing away of the music genius Avicii, Starkillers, with a statement on his socials, announced the upload of an alleged album in collaboration with Tim Bergling aka Avicii, called ‘Killers & Rockers’.

We have waited a while before talking about this thing; there are already a lot of article about that but, we have preferred to know more. Facts are: Nick Terranova aka Starkillers, immediately after the tragic news about Avicii on Friday night (CET timezone), posted a touching message in memory of  his friend saying that, a work they made together, more preciously an old album produced back in 2009-10 with Tim and Austin Leeds called ‘Killers & Rockers’, had never been released because the subsequent rise in popularity as Avicii.

For the ones who don’t know Starkillers, he released ‘Sriracha’ in 2015 on SIZE Records and he produced, together with Nadia Ali & Alex Kenji, ‘Pressure,’ which received an unforgettable remix by Alesso. 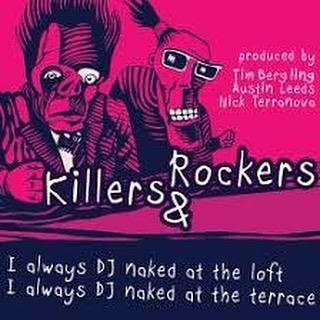 Immediately fans were ecstatic to hear new music from Avicii. It was a bittersweet experience listening to new music from Avicii knowing he was gone. Starkillers explained that the album was never published back in the day because it got bogged down by label contracts. He further explained that now with Avicii’s passing he was able to upload the album as the existing contracts stopping its release. This happened April 20th.

After some days from the upload, this case explodes, also due to the fact of the numerous articles on important publications in the sector. It comes out that Starkillers has had an issue with Avicii since the release of ‘Bromance’ (check this old article). In an animated conversation on Twitter, Starkillers says that all of the music from the unreleased album is actually his, and Avicii was only credited as a producer (check it out here).

Yesterday, Monday, April 23rd, Starkillers went live explaining his motivations. He said the album wasn’t released by him, it was just uploaded on his brother’s music blog on YouTube and that nobody is collecting revenue on it; they have just thought that it was a good act to let fans enjoy a back in the days Tim’s work.

There are some shadows on this situations: first of all, why upload it immediately after the tragic news? Why not wait sometimes? Second of all, why not explain from the first moment the motivations of the upload so as to avoid this escalation of accusations?

We can understand that, maybe, it was done just in memory of Tim but, was it ethically correct?[/vc_column_text][vc_video link=”https://www.youtube.com/watch?v=fbDNqShJKfw&list=PLCB4pBzphg0oPLr_J5suc5R0RL9J9r6jl”][/vc_column][/vc_row]