Studio 338 is heading to Ibiza with flagship night ‘Release’ 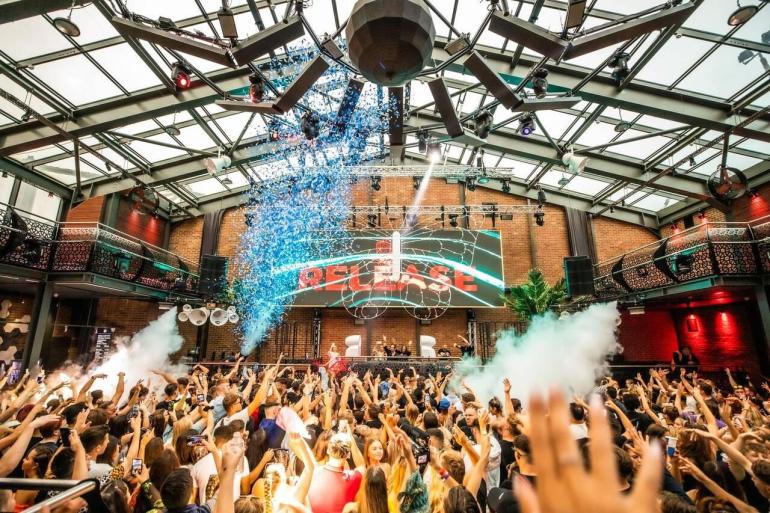 Studio 338, a leading light in London’s House and Techno scene for nearly a decade, will finally make the move to the White Isle next summer when Ibiza reopens. Introducing their flagship brand ‘Release‘ at an as-yet-undisclosed location for a summer series of daytime parties every Friday in an uncovered, rarely used venue. Expect wild raves that will last well into the night, rekindling the spirit of Ibiza’s golden age.

Release parties in London have so far featured the likes of Marco Carola, Richy Ahmed, Steve Lawler, East End Dubs, Ilario Alicante, and lots more. Studio 338’s large terrace is consistently sold out, and the company has developed a reputation for high-end visual production, including immersive video mapping and their trademark butterfly motif.

In Ibiza, the brand will collaborate with a number of key London parties to bring Studio 338 vibes to the island for the first time but has pledged to keep prices reasonable for the summer as people recover from the pandemic, which is unusual in Ibiza these days.

Every Friday during the day, ravers can expect to hear the most forward artists in Techno and Tech House, in collaboration with the hottest UK brands from across the country, as well as high-end immersive production after sunset, under the blue sky of Ibiza.

Ibiza insiders predict that Release will be a breakout party in 2022 when clubbers can finally return to the White Isle’s dancefloors.

Ibiza has always been our logical next step for many reasons, so during the enforced break we got to work planning something really special and new for the island. Release has exploded at home and it provides the perfect platform for us to bring along all the elements which have made the party and the club so successful.  This will include some key brands from the UK and our own take on programming and production. It’s a really exciting step for all of us and I hope it adds a dimension to Ibiza which seems to have faded over the years…a proper daytime rave. The location we have will surprise people and again break from business as usual in Ibiza. That’s what we did all those years ago when we first started out in London… now it’s time to do it again. – Studio 338’s Dan Perrin


Cult brands such as Dance on Arrival, Buena Vida, Summer Solstice, Fuego, TASTÉ, Limit, and many more to be announced will add their own unique musical personalities to each night, helping to make each party unforgettable.

Release is set to be the only daytime party you’ll need to round out your authentic Ibiza experience in 2022.