Open between 10 am - 7 pm on Friday, September 6th and Saturday, September 7th, the pop-up shop will feature bespoke, exclusive items, 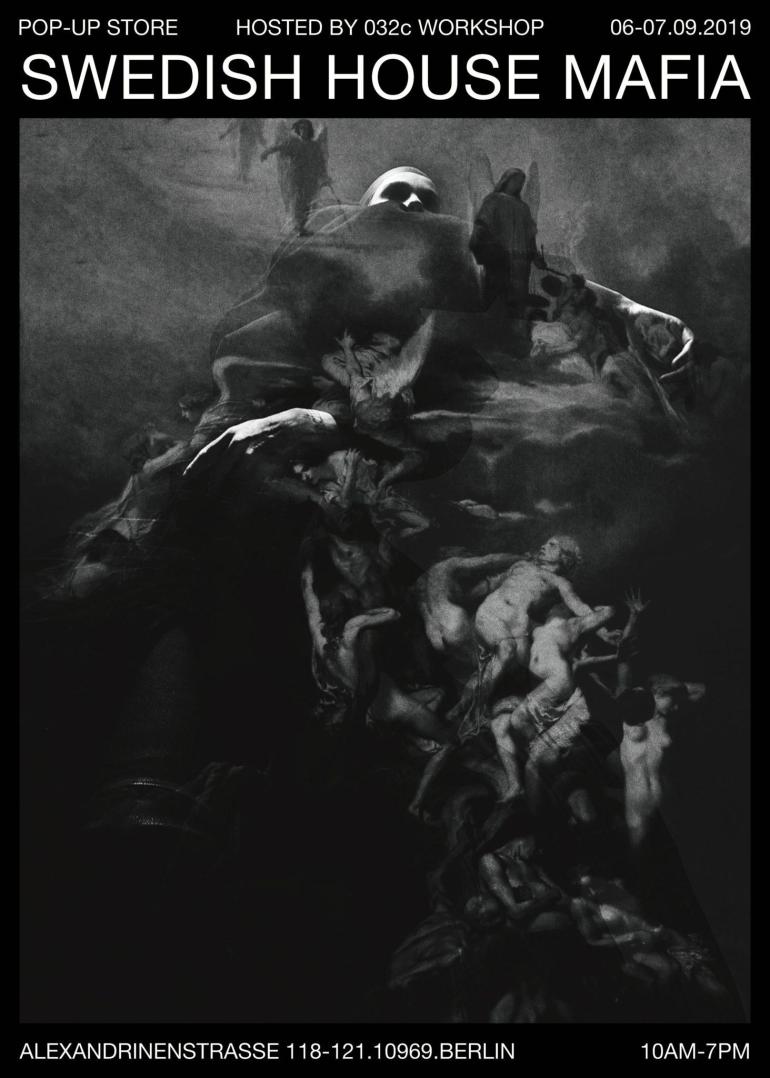 Swedish House Mafia will land in Berlin this September 7 and, ahead of the massive show, the trio has announced an exclusive pop-up merchandise shop.

As always, the Swedish House Mafia Instagram profile is the fastest way to have news about the trio. This evening they have posted a new story announcing a new pop-up shop. It will be hosted by 032c Workshop in Berlin-Kreuzberg ahead of their headline performance at this year’s Lollapalooza Berlin, on September 7th.

Open between 10 am – 7 pm on Friday, September 6th and Saturday, September 7th, Swedish House Mafia pop-up shop will feature bespoke, exclusive items only to be sold in the city in line with their headline Lollapalooza Berlin show. This comes after the overwhelming demand surrounding a similar pop-up the group hosted at a high-end menswear store, Antonioli, in Ibiza, ahead of their Ushuaia gathering.

You may remember the cryptic date appeared during last week Creamfields show pointing out to this Friday. At the moment, it’s not sure if it was intended for the pop-up merch shop.

Swedish House Mafia will play at Lollapalooza Berlin, on September 7th. This will be the latest festival show during the summer for the trio as the only performance left is the one during Singapore Grand Prix.