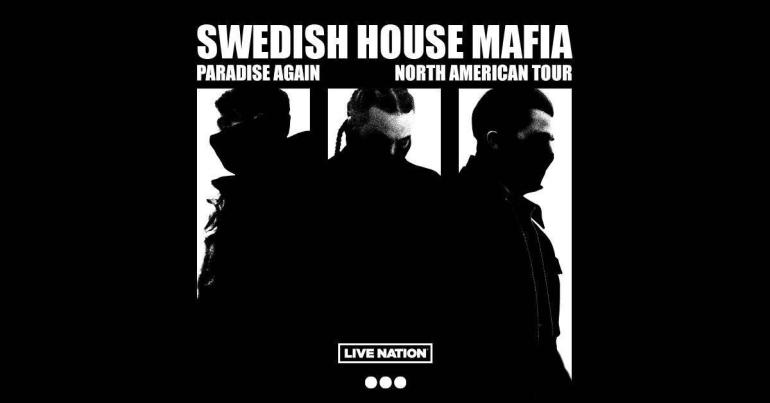 Rapidly after their performance at Coachella, the Swedish House Mafia announced support acts for their Paradise Again tour. A couple of shows in North America have been canceled or have a new location.

Swedish House Mafia made history once again at Coachella 2022playing together with The Weeknd and closing down the first weekend. The show comes after the release of their long-awaited album Paradise Again. The album will be supported by a world tour (Europe and North America at the moment) in summer and autumn of 2022.

Just after the end of Coachella’s performance, support acts for the shows of the tour have been announced. A diverse cadre of support acts for the global run, a potent cross-section of the forefront of electronic music that includes Alesso, ZHU, Grimes, Vintage Culture, and Kaytranada.

Unfortunately, some of the shows have been canceled and replaced or a new venue has been chosen. For instance, the Minneapolis concert for August 19th has been canceled (if you had a ticket for the show check your email for refund info). The New York show at MetLife Stadium has been canceled as well. Luckily it has been replaced by two nights at Madison Square Garden on the 2nd and 3rd of August. Speculations suggest that the cancelation and the change of locations are because of the low number of tickets sold. For instance, MetLife Stadium has a capacity of about 80.000 people vs the 20.000 of the Madison Square Garden. At the moment of writing, no concert is sold out.

The full Paradise Again tour schedule is available below with support acts according to the show. New dates are written in red.