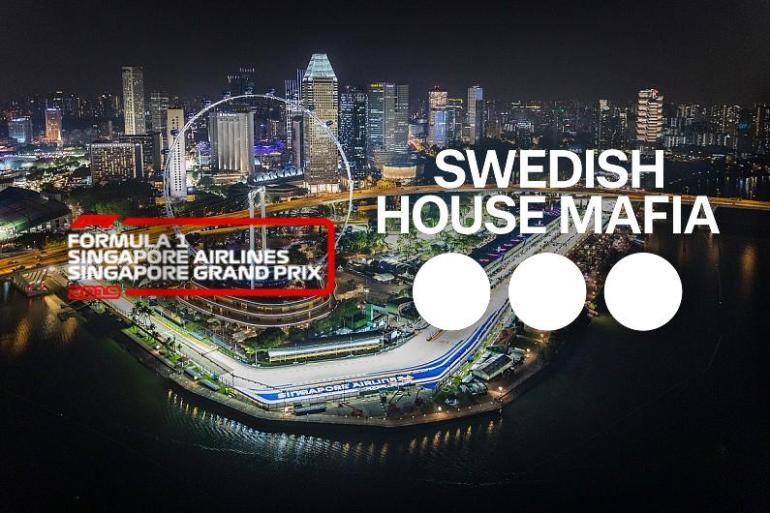 Is not unusual that a DJ is going to play at the end of a Grand Prix. The same event was brought in Mexico with Hardwell in 2017 and with Armin Van Buuren last year. Now, Singapore Grand Prix has decided to choose the most famous EDM trio to perform Friday the 20th.

The Singapore Grand Prix will take place at the Marina Bay Street Circuit since 2008 and it was the first F1 night race ever. The race under artificial lights start at midday GMT (8 pm local time). Swedish House Mafia performance is set Friday the 20th at the Zone 4 Padang Stage.

With Swedish House Mafia, the Singapore Grand Prix has set up a real multi-genre festival with Muse, Cardi B, Fatboy Slim, Hans Zimmer, Red Hot chili pepper and tons more from Friday the 20th since Sunday the 22nd.