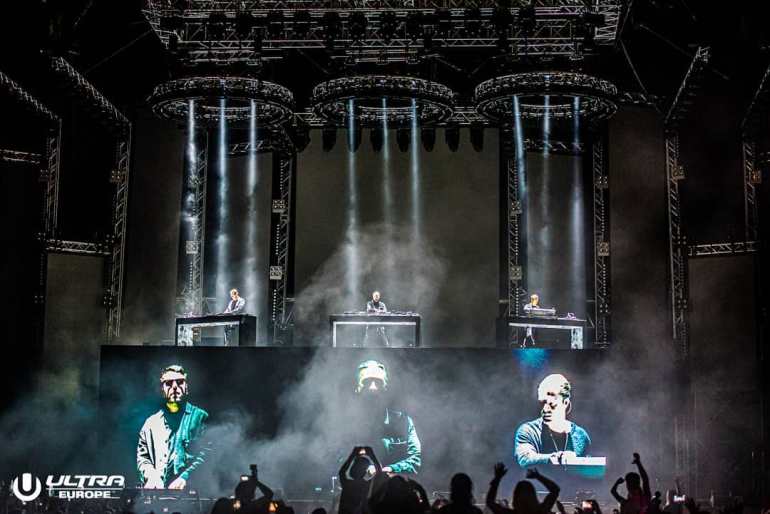 It was in the air but, when talking about Swedish House Mafia nothing is 100% sure. After their Intro ID and Underneath It All, the Swedish trio has premiered a brand new ID.

Frankenstein, at least this is the supposed track title, is a collaboration with world-famous rapper A$AP Rocky. The first information about the new track came out this Saturday when Sebastian Ingrosso and Steve Angello posted a screen on their Instagram stories. Their story showed a screenshot of the track playing on their iPhone with the track name partially visible.

Swedish House Mafia decided to premiere the record this weekend at Ultra Europe. They played a shorter version of the record including, what we think it’s the breakdown. The trio played the record a little bit more of 2 minutes and this means we still don’t know how the drop sounds.

Talking about Frankenstein ft. A$AP Rocky the tune has hip-hop and rap imprint, featuring hard baseline, mid-tempo beats and A$AP Rocky on the vocal. The tune has been played after the usual Save The World Outro.


This is not the first time that the Swedish trio collaborates with a rapper. This Time features Pusha T as well as a trap/hip-hop breakdown; One has Pharrell Williams on the vocal and Miami 2 Ibiza includes a rap/hip-hop segment as well.

A$AP Rocky is currently incarcerated in Sweden accused of assault. This is why the trio used the #JUSTICEFORROCKY hashtag on the visuals while playing the record.

Fans are already divided from who loves it and who really doesn’t like it.

You can check the 2 minutes video recording from the crowd below or the audio rip on Soundcloud.