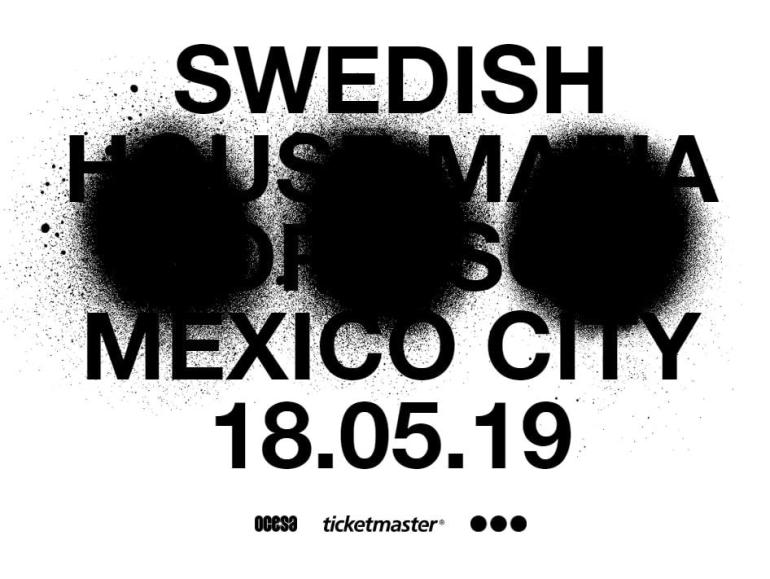 [vc_row][vc_column][vc_column_text]Swedish House Mafia site countdown has ended some minutes ago revealing a new stop for the tour of the trio. The city chosen this time is Mexico capital, Mexico City in the Foro Sol arena the 18th of May 2019.

Swedish House Mafia to play Foro Sol in Mexico City the 18th of May 2019.

Information about a stop of the 2019 Swedish House Mafia world tour has started last week when, as happened in Stockholm, Miami, New York, and London, the city has been covered by the three-dot posters with also giant billboards with the logo of the trio.

Foro Sol is placed at 10 minutes to Mexico City International Airport and it has a capacity of more than 50000 people when used as a concert venue and it’s the second for capacity in Mexico City after Estadio Azteca. The same venue has been used for Swedish House Mafia One Last Tour in 2013.

Swedish House Mafia has already planned what it seems to be their first performance in 2019 in their hometown, Stockholm with three performances at Tele 2 Arena the 2nd, 3rd and 4th of May.

Prices for the tickets of this new stop aren’t available yet.

There will be an exclusive pre-sell for Citibanamex cardholders the 13th and 14th of Novembre and the general selling will be the 15th of Novembre via Ticketmaster Mexico. (More info in Mexican here)

As happened with the previous date in Stockholm, you can register below for the pre-sale. Tickets are supposed to run out quickly so, be sure to go online at least one hour earlier.[/vc_column_text][TS-VCSC-IFrame content_iframe=”http://swedishhousemafia.com/signup/”][vc_video link=”https://www.youtube.com/watch?v=0eRTqTtwKJQ” align=”center”][/vc_column][/vc_row]