"Almost 3 years ago we started a conversation with Jacob Mühlrad to see how it would sound in his world." 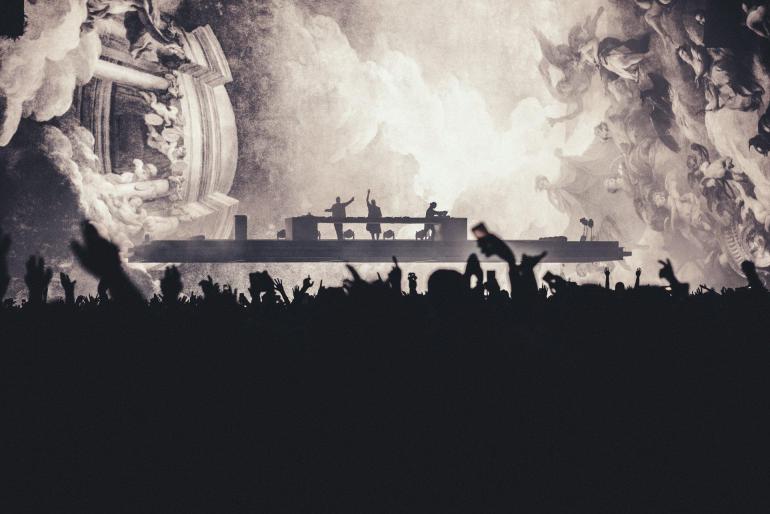 On the 1st of January 2022, the long-awaited Jacob Mühlrad‘s orchestral version of Swedish House Mafia super hit One will be released.

With a post on their Instagram account, iconic Swedish trio, Swedish House Mafia have announced the release of one of the most awaited edits of one of their song. Played for the first time during their reunion show in Stockholm, Jacob Mühlrad One symphonic version was played by an orchestra of 82 people. On that occasion, special visual effects were put in place during the show delivering a once-in-a-lifetime experience.


This collaboration started in the summer of 2018 when Sebastian Ingrosso reached out to Jacob Mühlrad. From that moment, Mühlrad started working on the symphonic reinterpretation of One.

We have personally recorded the song being played during the Swedish House Mafia reunion show at the Tele 2 Arena in Stockholm.

This is not the first collaboration with the Swedish House Mafia team as in February of this year he collaborated with SHM art director Alexander Wessely for his new album Time.

Jacob Mühlrad, class of 1991, is a composer from Sweden. Mühlrad’s works have been performed at Carnegie Hall in New York and the National Portrait Gallery in London, and he is the youngest composer to have a piece performed at The Royal Swedish Opera.

A sense of the eternal is central to Jacob Mühlrad’s music. He addresses themes of mortality, the human condition, tradition, and the holy, but all of these are viewed through the lens of music: the listener is left with the impression that beauty has made sense of what often appears incomprehensible or arbitrary. Indeed, the composer has stated that he believes music is linked to the origins of the universe.

Mühlrad has composed extensively for chamber orchestras and orchestras. His choral music is a very distinct and important aspect of his work, and it has enabled him to achieve a unique expression of the mystical aspect of Jewish tradition.