Announced by Jacob Mühlrad himself via Instagram, the news was rapidly reported by one of the biggest Swedish news outlets.

Jacob Benjamin Mühlrad is a Swedish composer. His works have been performed at Carnegie Hall in New York and the National Portrait Gallery in London. Mühlrad is the youngest composer to have gotten a piece performed at The Royal Swedish Opera.

The original post by Jacob, which is in Swedish, announce that he started a collaboration with Swedish House Mafia. He has reinterpreted the trio’s super hit ‘One’ with a symphony orchestra. You can check below for the original post and the translation.

Today it became official that I entered into a collaboration with Swedish House Mafia! It feels incredibly cool! My interpretation of their hit “ONE” gets the world premiere at Tele2 Arena the 2.3.4 May and then toured with over 13 cities! In the conversation with Sebastian Ingrosso, who initiated the collaboration, Axwell and Steve Angello, we concluded that I would interpret the song “One” for a large symphony orchestra. The result was magical, had never been able to dream of a result where two diametrically opposed genres could meet in a work. It has been among the most difficult and the most fun projects I have done so far!

Jacob Muhlrad symphonic version of ‘One’ will be premiered during the Tele2 Arena show and it will be played on the other shows as well. You can now hear the full version here.

Because of the very unique version, we think it could be used as an intro and then turned into the original for a powerful show opening. We have already seen this type of opening during David Guetta 2017 set at Amsterdam Music Festival where an entire orchestra joined him on stage.

Symphonic revision of electronic dance songs are not so uncommon; we have seen them in the past with Poems group turning SIZE as well Axtone’s classic into wonderful orchestral version.

All we can do now is to wait until May. See you in Stockholm and don’t forget to check Fotografiska exhibition by Alexander Wessely. 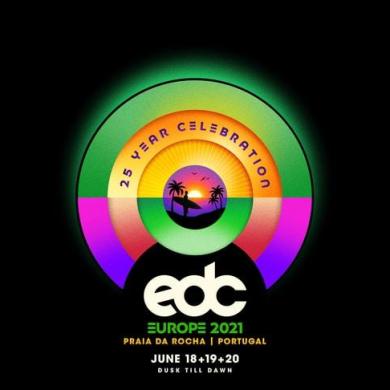