We use to cover rapidly any Swedish House Mafia show but, this time, we have been cautious.

Some days ago, DJ Mag Germany posted an article (full translation at the bottom) saying that the Swedish trio, because a new agreement with Live Nation, is going to cancel some of the upcoming shows.

This news came out after Swedish House Mafia canceled unexpectedly and only a couple of hours prior to their Ultra Korea show.

Yesterday, Steve Angello via his Instagram story, addressed, at least in part the issue. Without directly specifying the recipient, Angello posted “lots of fake news out there”. 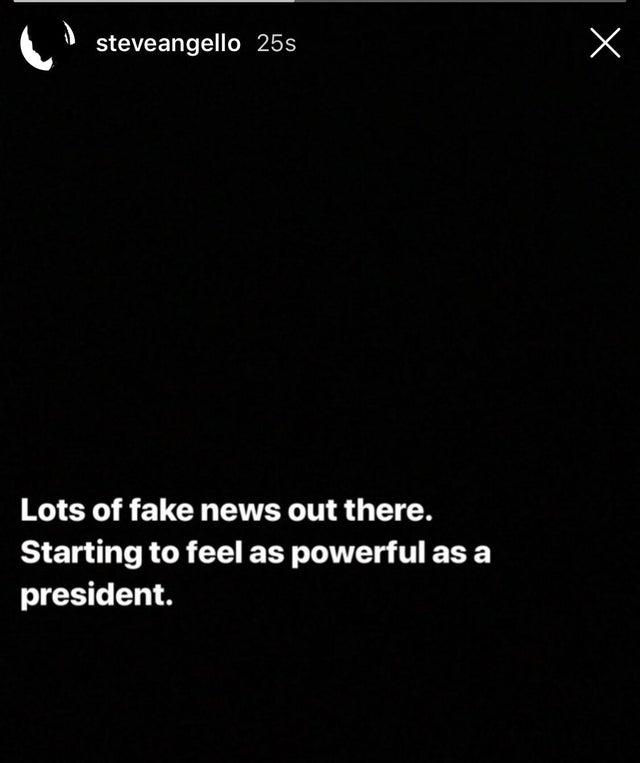 The most common topic is why the trio hasn’t completely addressed all the previous issues about Korea show and why they’re staying silent even after this massive allegation by DJ Mag Germany.

The next Swedish House Mafia gig is scheduled at Tinderbox at the end of this month. We just need to wait some more days.

On the weekend the Swedish House Mafia shocked their fans with bad news: The DJ legends canceled their appearance at Ultra Korea at the last second. The circumstances are mysterious, the reason for the cancellation cryptic – and now even several more gigs of the trio could be in danger!

We didn’t expect that: After the Swedish House Mafia had made their sensational comeback last year on the 20th anniversary of the Ultra Music Festival in Miami and announced that there would be a tour in 2019, fans of Axwell, Ingrosso, and Angello could be watched worldwide with tears of joy. But after the unpredictable and surprising cancellation of their UMF Korea gig, these tears of joy could turn into mourning for some.

Because: Behind the cancellation is possibly more than just a collection of unfortunate circumstances. Many more gigs of the Swedish trio are in danger now. SHM-near sources tell us today that the Swedes could cancel a lot of festival appearances.

The reason for this should be a fresh deal with the entertainment company LIVE NATION. Sources from the SHM environment unanimously reported to DJ Mag Germany that the US event giant had been awarded the contract to organize a SHM stadium tour.

In order to get this the necessary hype, they will pull themself out of some of the planned appearances, it says on demand. After all, the Swedes could attract fewer people to the upcoming stadium tour in countries where they had already played at festivals than at their first gig after the reunion there.

At the same time, a stadium tour offers many advantages over festival gigs for artists. With their own show production and organization, they could, of course, put the stamp of the Swedish House Mafia much more clearly on the shows. Own creative stage construction, own visuals, own effects. The Swedes would wear their hats on their own stadium and arena tour and could decide for themselves how the concerts are to go – and of course, they would get more money.

Therefore Live Nation AND the Swedish House Mafia now have the intention to cancel the festival gigs where Live Nation doesn’t profit directly or indirectly, according to the sources.

…and the Swedes are silent.

But officially the Swedes don’t let themselves be carried away by statements about the Korea cancellation or further cancellations. While a joint performance of Angello and Ingrosso at XS Las Vegas was canceled with Seb’s reference to visa problems, there were no reasons for the performance in Korea but only the reference to “unforeseeable circumstances”.

Fact is: The damage for Ultra Korea is already immense. On Sunday, the organizers announced that they would reimburse all 1-day passes for the SHM performance. And buyers of a 3-day pass also received a third of their purchase price back.

It’s also a fact that Seb’s reported visa problems are at least questionable – Ingrosso has been playing regularly in the USA for years. On the contrary, especially booked private jet flights were not even taken on. Was all this just a distraction? Maybe even a sophisticated marketing trick? The topic of conversation number 1 is the Swedish House Mafia again in any case.

Separation? Cancellation of the European appearances?

It still looks as if nothing has been finally decided. There is currently no indication that the promised festival appearances in Germany, Austria or Switzerland could be canceled. Also for Ultra Europe, there is no water level report yet.

Fans don’t have to worry about a premature end of the Swedish House Mafia. The rumors about renewed disputes between the superstars are still going on. According to well-informed sources, the fee of the Swedes is about 1.000.000 € – which is still about 280.000 € per member after deduction of additional costs. And for the money, you can certainly overcome many a dispute.

Nevertheless: It remains exciting! One thing is for sure – anything is possible with the Swedish House Mafia at the moment. 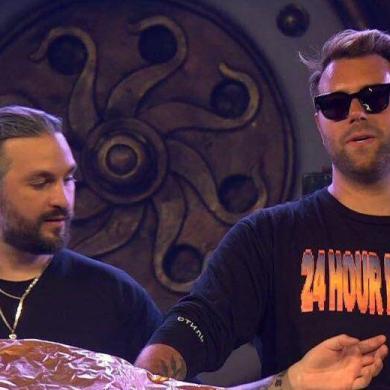 Steve Angello and Sebastian Ingrosso to play the same night at XS Las Vegas
This website uses cookies to ensure you get the best experience on our website: Find out more.