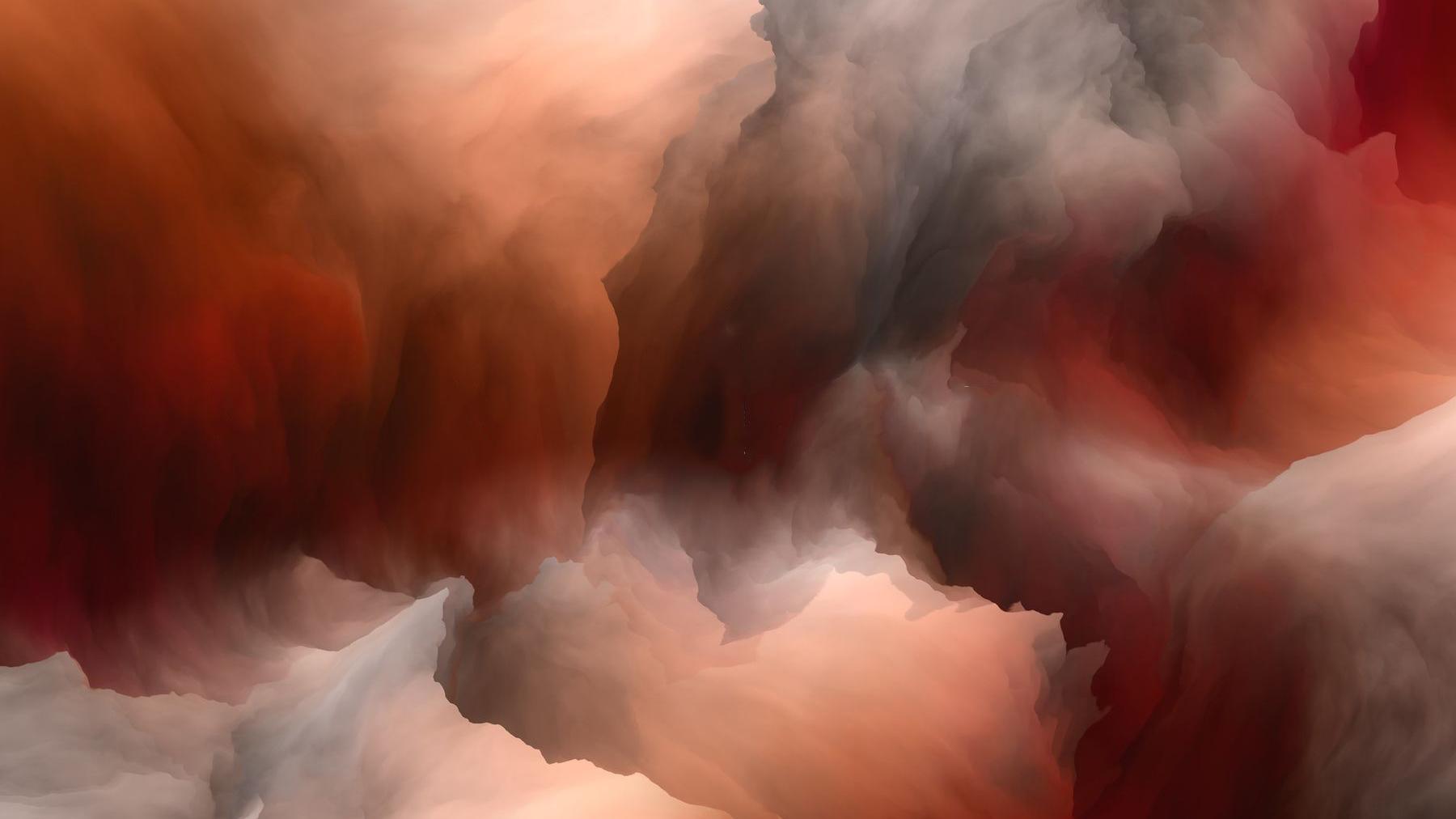 Tale Of Us and Afterlife present Unity Pt. 2 a 25-track collection

An extension of the first Unity collection, Tale Of Us and Afterlife Recordings present a series of 25 exclusive tunes

Almost a year after the first installment, Tale Of Us and Afterlife return with the second part of Unity compilation, including 25 new exclusive tracks from artists already part of the Afterlife roster as well as new names on the label.

Released in April 2020, Unity was the first huge installment on Afterlife. It took the incredible heritage of the Realm of Consciousness series bringing new means to it. With the pandemic that was spreading at a fast speed all around the world, Unity was and still is, a symbol of togetherness a gateway from this challenging reality. On that specific occasion also, the entire royalties coming from the compilation have been donated to the Coronavirus medical relief fund of the most heavily-affected region so far, Lombardy in Italy.

Continuing our mission to cultivate optimism during this unsettling pause on planet Earth, Tale Of Us curate the second volume of their epic compilation series, ‘Unity’. Featuring contributions from a cast of talent located all over the world and bound together by the paralysis of our culture. ‘Unity Pt. 2’ maintains the same premise as the first installment, gathering together a collection of 25 stunning cuts designed to transport you into another realm. – Afterlife Recordings

Hard times are not over yet unfortunately but our hopes and dreams are yet intact. Out of darkness can only come light and this second installment of Unity will surely help through the journey.

Right now unity is a keyword for our global community. Clubs remain closed, lives are on hold and the difficulties that have arisen from this situation are ever-present for many of us. The intention here is to raise awareness for causes dear to our hearts, through the power of music. Standing together for humanity, giving support to those who need it, and using the platform to shine a light on the underrepresented voices.

From hard-hitting techno to cinematic and melodic themes, Unity Pt. 2 is once again a hypnotic and mesmeric journey through the Realm of Consciousness.

On this huge compilation, you’ll be graced with a multitude of sounds, from sombre, melancholy tones and introspection to brighter euphoric moments and pumping energy, with the space to meditate and transcend this reality into other worlds. Travel back to the dance floor, join forces with your best friends, dance with a lover, or simply close your eyes and travel inwards. From Mind Against’s spine-tingling opener, the bar is set high, staying there from start to end, when we’re met with the soul-nourishing closer by British maestro Franky Wah.

Unity Pt. 2 – a Tale Of Us and Afterlife compilation

Kicking off the long-time Afterlife’s friends, Mind Against present their new single Isolate. As the title suggests, the track is built around sounds that make you feel alone in the dark; with the main arpeggio slowly entering into a quiet state and then stops to restart heavier with its raw baseline. Compressed beats collide with the intense main synth for a strong second part.

After his highly acclaimed Patterns EP, Colyn returns on Afterlife with Signs Of Change. Here the record sounds more intimidating with an ancient aura that pervades the whole melodic progression. Less complex in terms of melodic elements, it’s the minimalistic sound that gives the tune its uniqueness.

A new entry in the Afterlife family, Anna Caragnano teams up with Ae:ther forVolador. The angelic and full of hope vocal is perfectly paired by the textured atmospherics and Ae:ther’s innovative sound design. The raw electronic tones perfectly merge with the quiet and intimate main theme for a track that aims directly to your soul.

As the fourth tune, Woo York return with Paloma. It’s safe to say that it’s one of our favorite tracks of the whole compilation. The hypnotic and non-stop melodic main theme is at the same time captivating and elegant. While providing an extremely unique arpeggio for the breakdown, the drop features Woo York’s timeless signature sound made by cosmic atmospheres and epic melodies.

Up next, Nandu debuts on Afterlife with Going To Mars. Having landed on the international scene with the recent Forever In Our Favour EP on Innervisions, Nandu has brought his sound on Afterlife. Going To Mars is not simply the sound of a dream or a musical inspiration. From a musical perspective, it conveys a personal story, and it’s a very compelling soundtrack.

Probably one of the most awaited tracks of Unity Pt. 2. Stephan Jolk brings back his transcendental sound to Afterlife with A Declaration Of Love. It sounds like the best kind of musical experience, one that takes the listener from the most intimate moments in the past to deeper and more reflective moments within the present.

Making things deeper and more obscure, Innellea steps in with The Verge. The mysterious and profound vocal paves the way for a raw and industrial beat that unfolds into the drop’s euphoric theme. The tune is a bridge between minimal and raw sounds and progressive and organic elements. It’s a track that really affects you emotionally thanks to the continued rhythm.

Appeared for the first time on Afterlife with Realm Of Consciousness IV, ENØS bring their balance sounds on the compilation. The second song takes the listener out to a new world, exploring the beginning of everything with Origins. From the spoken reverberated vocal to the hypnotic main strings, the track explores both the dark and the bright side of sounds.

Moving into soothing piano melodies paired with a dark beat, Dal Tramonto All’Alba is Lehar second apparition on Afterlife. As the name suggests (from the sunset to sunrise is the translation) the track retraces the night journey, with the sun going down the horizon and the deep and intimidating dark sounds that become more insistent until the sun rises again in a euphoria of sounds that reverberate through the landscape.

Coming up, ANNA returns on Afterlife after an incredible presence in the latest Realm Of Consciousness. Bringing a deeper and intimate sound, ANNA manages to add her unique hard-techno beats to Overflow, spacing from atmospheric vibes to unceasing percussions.

Like a watershed, basically in the middle of Unity Pt. 2, Afterlife bosses enter the game. Tale Of Us bring their touch to the collection with Vanishing, their collaboration with Fideles. Radiant melodies set the scene for eerie and transcendental sounds that pause, letting the climax extend into an epic second drop.

Tale Of Us’s wonderboys could not miss from the second part of Unity. Mathame bring their unmistakable including Arab tones and ancient notes. Their stirring sound is perfectly encapsulated in Swarm Storm, a record cleverly crafted to make the dancefloor moving as a whole.

Another long-awaited tune, this time from ARTBAT that have teamed up with Dino Lenny for Fading. Played for almost two years now without seeing the light of a release, Fading is now available worldwide. The mysterious lines evocate a clean and intimate beat where everything is magically hanged by the secret vocal.

After his presence on the first installment of Unity, SOEL returns with Tangible Fear Of The Unknown. Hypnotic and mysterious sounds are paired together with soothing beats for one of the most enigmatic tunes of the collection.

Melodic techno with flair is the perfect description of Coeus Rain. Evoking strong feelings thanks to the non-stop-beat and the sounds that seem to come from a distant universe, Rain keeps you in a limbo of uncertainty where you have to keep going.

Two now addition to Afterlife are Kiko and Citizen Kain with their Pancho Villa. The two bring back the beloved stripped melodic main theme we have loved to hear in Afterlife’s past release. Paired with atmospheric and cinematic lines, the track, after a short break returns to hit harder than before for an astonishing ending.

Up-and-coming producer Massano makes his debut on Afterlife; you may remember him by the incredible The Feeling heavily supported by Tale Of Us during basically every gig. Creating an inexorable movement with the hypnotic baseline. The deep and quiet melodies flow slowly but continue for a mesmeric experience.

A well-known figure in the melodic-techno scene VNTM makes his debut on Afterlife with Unity Pt. 2. Haunting chords, mysterious strings, and dark basses are what define VNTM’s sound which is perfectly encapsulated in Impersonation. Atmospheric and ambient sounds are packed together with dramatic tones and space-inspired vibrations for a journey into the unknown.

The Day Before Tomorrow is the latest Adana Twins production. The tune is the natural follow up of The Day After Tomorrow released by the duo a couple of months ago. Designed to transport you away from the stresses of today’s world and into a place of transcendence, it features spiritually, calming tones, and peaceful atmospheres that will guide you into a state of inner peace.

Having debuted on Afterlife with the incredible 1001 Nights, Alfa Romero return with their unmistakable sound. Mixing together hardware synthesizers and modular systems they create a robust and natural sound that transposes to an unusual aural feeling. The result is an emotive harmony suspended above a vast techno structure.

Two Worlds, One Sun marks the return of Antonio Ruscito on Tale Of Us’s imprint. Being featured in the official remix pack of Tale Of Us’s debut album Endless and being beating featured on realm Of Consciousness Pt. III, Ruscito brings his minimal and hypnotic sound on Unity Pt. 2 as well.

In this last section of Unity Pt. 2, we found Avidus; appeared for the first time on the label on the first Unity installment, they come back bringing their pure and deep inspired sound. Including a melodic theme produced by an organ, In Trust We Trust unwinds in raw and industrial sounds.

Franky Wah brings some drum’n’bass techno feelings on the compilation with Polynate. The organic main synth perfectly flows through the downtempo percussions paired with a dreamy and romantic plucked piano theme on top.

Last but not least, Ivory closes Unity Pt. 2 with Triumphant. Tension hangs off the sliding chords and spacious arrangements to ends into the peaceful and serene piano theme.

Incapsulating everything Afterlife represents, from euphoric peak-time techno beats to atmospheric textures, cinematic melodic lines, and captivating synth work, Unity Pt. 2 is able to match the quality of the first installment and go further. The incredible combinations of tones and variety of executions create a universe with the distinct sections that inexorably come together into a bigger and stronger system. Sounds from worlds apart but intrinsically connected come together into a collective vision that sets the new standard from now on.