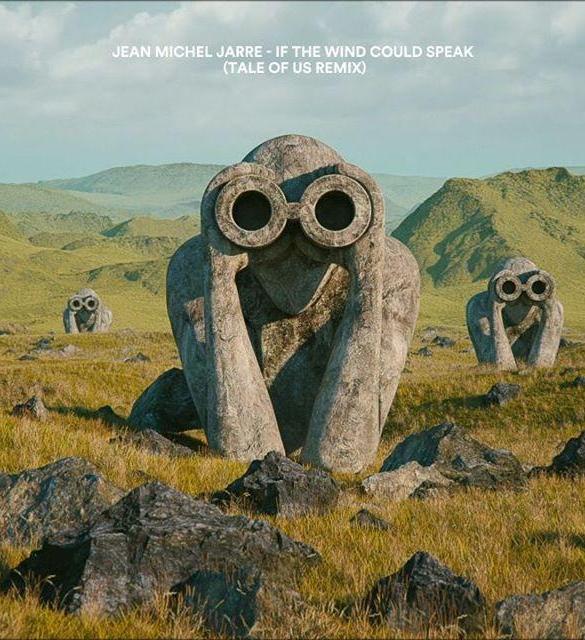 Jean-Michel Jarre ‘If The Wind Could Speak’ from Equinoxe Infinity receives stunning remix by Afterlife's bosses Tale Of Us.

After the release of Jean-Michel Jarre‘s Equinoxe Infinity album, Jarre returns with a three-track remix pack. The EP sharpens three highlights of the album into deadly club tools.

Tale Of Us remix of ‘If The Wind Could Speak’ is the EP kicks off track. Already begun a milestone into the duo’s set, the duo has turned the record from a minute-and-a-half long interlude into a dance floor anthem with symphonic swells and unforgettable melodies. Played on almost every Tale Of Us’ performance in the last months, the remix firstly appeared for public streaming on Afterlife Voyage 013. The remix, already supported by Adriatique, Richie Hawtin and Carl Craig is set to become one of the biggest dance floor hits of the year.

There are not only Tale Of Us; Jonas Rathsman joins the Italian duo remixing ‘Don’t Look Back’. The Swedish producer highlights the tension and mood of Jarre’s composition, folding its drama into well-timed chord stabs.

Last but not least, Perturbator closes this fantastic EP delivering his remix of ‘All That You Leave Behind’. The French synth artist and former black metal musician rub Jarre’s textures raw for a tougher, grittier and punkier version.


Even if the three remixes are way different from the Equinoxe Infinity album, we suggest a listen to it for a complete musical experience.

Equinoxe Infinity Remix EP is available today for streaming and download. It includes the Tale Of Us remix of ‘If The Wind Could Speak’. The limited to 1300 units 12” is a record store day exclusive, out tomorrow April 13th.