Teamworx returns on Protocol with dancefloor anthem ‘Clap Back’ 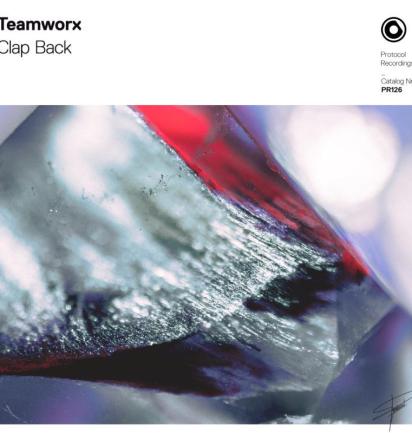 It’s been a while since the latest Teamworx tune but the Tel Aviv duo is now back on Nicky’s imprint with dancefloor anthem you don’t want to miss: ‘Clap Back’.

‘Clap Back’ delivers a solid dose of driving, four-on-the-floor basslines, coupled with percussive topline melodies and a catchy vocal riff that all culminate with electrifying drops. Teamworx won’t stop to impress with their always fresh and energetic sound that is bound to set dancefloors alight.

The record follows a free download remix of Tiesto’s ‘Flight 643’ together with Noizy Mark & Adrien Mezsi and ‘Trap Like’, a heavy-hitting fusion of electro and trap sounds. Teamworx also teamed up with Fonk boss Dannic for ‘NRG’ back in April and they have recently joined Nicky Romero at Melkweg in Amsterdam during this year ADE. The Israeli duo delivered an incredible performance behind the decks inflaming the dancefloor with their groove-hitting sound.

Founded in 2012, Nicky Romero imprint Protocol is now one of the leading dance music in the world, home of an incredible number of super talented producers and also academy for the future EDM starts. Protocol has always kept this balance between well-known and upcoming producers becoming probably the most dynamic music label in the scene. Nicky Romero presets Protocol at ADE 2018 was a clear example of dynamicity and it has seen behind the console names of the lights of Martin Garrix, W&W, Deniz Koyu, Corey James and tons more.