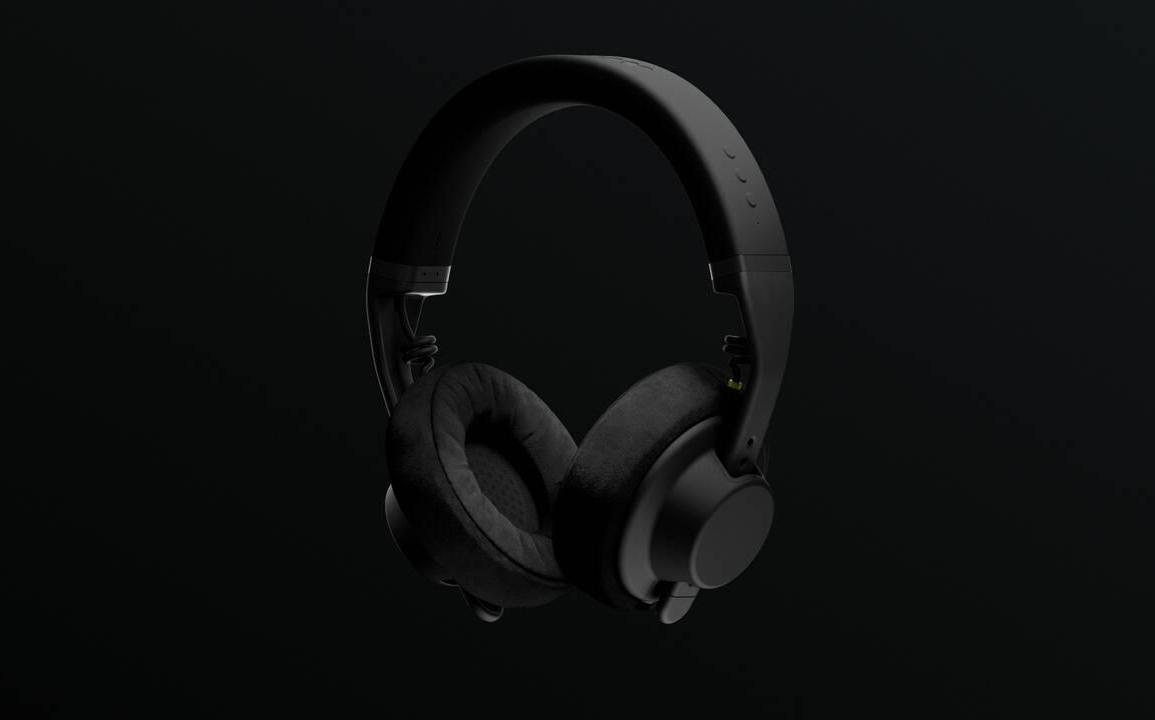 TMA-2 Studio Wireless+ are brand new AIAIAI wireless headphones designed for audiophiles and creators who work with music. Thanks to the latency-free, lossless 2.4GHz wirelessly connection as well as Bluetooth, the TMA-2 Studio Wireless+ delivers all the commodities and freedom of no-cables headphones without compromising the listening experience.

Released back in January of this year we had the chance to test it in basically every possible scenario, putting the TMA-2 Studio Wireless+ under stress even in situations where AIAIAI does not recommend using it because not designed for the scope. This is what we found.

AIAIAI and the TMA-2 Studio Wireless+

Founded in 2006 in Denmark, AIAIAI is an audio design company dedicated to developing premium audio gear. Their products are specifically designed for creators who require the highest standards and zero compromise. Since the beginning of the company AIAIAI has collaborated with the most in-demand and professional DJs and producers, listening to their needs and acting accordingly.

The TMA-2 Studio Wireless+ follows AIAIAI’s iconic black matte and neon green/yellow design making it stands out from your classic wireless headphones. As already explained, the headphones are modular; every component comes into a different box, and you need to assemble them by yourself. To test how easy it was, we decided to assemble it without following any guide or watching any kind of tutorial. The process has been dead simple even if you haven’t done something like that and it’s quite satisfying too.

If the idea of shipping the headphones in “pieces” and letting the customer build it by itself could sound a bit strange, you must take into consideration that the TMA-2 Studio Wireless+ are not targeted to the casual user. This idea of “do by yourself” it’s the best solution when it comes to longevity and customization. Besides having the change to change parts to make your gear looks more personal and unique, AIAIAI has always had sustainability at its core.

Using modular design, recycled plastic, responsible material, and packaging, AIAIAI is committed to reducing its CO2 footprint every year. In 2020 they launched the upgraded packaging, made completely from recycled materials and a smaller form factor, reducing the business’s total packaging CO2 footprint by 80%.

The aim for a sustainable product doesn’t have affected the cool and futuristic design. The matte black material of the headphones looks and feels very good; the only downside that we have encountered over the months of our usage is how easily it attracts dust and, because of the matte black color, sometimes is really visible.

On your head, the TMA-2 Studio Wireless+ feels very comfortable even after long listening sessions. The Alcantara ultra-soft over-ear memory foam cushions deliver what you expect for a pair of headphones designed specifically for this task. Not only aesthetic and functional but Alcantara is also a CO2 neutral material.

The latency-free, lossless 2.4GHz wirelessly connection is delivered by two unique components: the H10 headband and the X01 transmitter. You’ll need both for the Studio Wireless+ flagship feature to work.

As well as during assembly, we tried to use the headphones for the first time without reading the manual to test how easy it was to link them in wireless mode. The H10 Ultra-low latency – Wireless+ presents three buttons on the headband, a switch that let you select lossless 2.4GHz or Bluetooth connectivity. They also have a USB-C port to charge them. If the three buttons are easily usable and reachable and perform the typical commands like power on/off, pause/play, volume up/down, etc, the 2.4GHz/Bluetooth switch and the USB-C recharging port are not in the most convenient position. Thankfully, AIAIAI provides a right-angle USB cable for charging, helping the tedious process of plugging in the cable to the H10.

The X01 transmitter has the same buttons (one in this case) as the H10, four LEDs, USB-C, and 3.5mm ports. The neon green/yellow coiled audio cable and a 3.5mm-to-6.35mm adapter included in the package let you connect the X01 transmitter to any analog output.

Before dive in into the audio quality and how the headphones perform regarding sound, from the first time we turn them on, an issue surfaced: noise floor. When you connect the wireless headphones using the 2.4GHz connection, you’ll probably hear a static sound. This seems to be a common issue as AIAIAI on its FAQ suggests lowering the volume from the headphones as soon as the noise disappears. Clearly, this is more a workaround than a practical solution as it cost maximum volume on the headphones.

Now, coming back to the 2.4GHz wireless connection, it will let you stream with virtually no latency (16ms) uncompressed audio up to 1500kbps which is around 100kbps more than FLAC. This mode is useful mainly for audio production and mixing/mastering where samples and sound generated by VSTs and plugins must be heard in full quality. Now depending on the Bluetooth audio codec, the wireless transmission bitrate may vary but it won’t reach the 1500kbps of the dubbed W+ Link. For this reason, we tested Swedish House Mafia’s new album, Paradise Again, encoded in FLAC on both wireless systems. The sound feels richer and more enveloping; you can definitely feel and hear much more layers and sounds, if you pay attention, using the 2.4GHz wireless connection.

Talking about the actual audio spectrum coming from the AIAIAI TMA-2 Studio Wireless+, don’t expect a flat and neutral sound. Having tried to listen to music from hip-hop to rock, classic, jazz, and so on, we think the headphones give the best of them when it comes to electronic music. The darker timbre of the AIAIAI TMA-2 Studio Wireless+ lends itself better to music that shares its tone. This won’t compromise the overall experience as the headphones return a solid and reliable sound overall.

The Studio Wireless+ has taken from the TMA-2 the warmer and a little bit boosted low-end. Again, this doesn’t feel to compromise the sound clearness. This little boost makes electronic music specifically pop, but without interfering with the rest of the audio spectrum. This reflects also on the mid-range where vocals and intricate harmonics appear a lot more catchy in the mix.

The soft pump to the low and mid-range costs an emphasized sound on the high. Again, this won’t make the audio unreliable as there’s no noticeable roll-off that would seriously decrease fidelity.

One big missing on these headphones is the active noise cancelation. The passive isolation is rather minimal; the Alcantara ear cups do not create as strong a seal as pleather or other materials would in its place. But this is respected and clearly stated by AIAIAI: “Provide a spacious, open sound with low isolation.”

We tested AIAIAI TMA-2 Studio Wireless+ basically on every possible scenario, from the studio while producing music, at the clubs while mixing during the night as well as on the go to both produce and listen to music. Even if they can be used practically everywhere, their place is in the studio. If you try to carry the headphones around, you’ll notice they get dirty easily, especially on the ear cup.

Although they are designed for listening in a not too noisy place where you can perceive and savor all the sounds, from what we have seen they can be used, with some limitations of course, practically everywhere. If you’re into electronic music and you want to enjoy lossless audio without having cable around, the AIAIAI TMA-2 Studio Wireless+ are a must-have.

Our friends from Producer Hive have put together a great video review we suggest you watch.