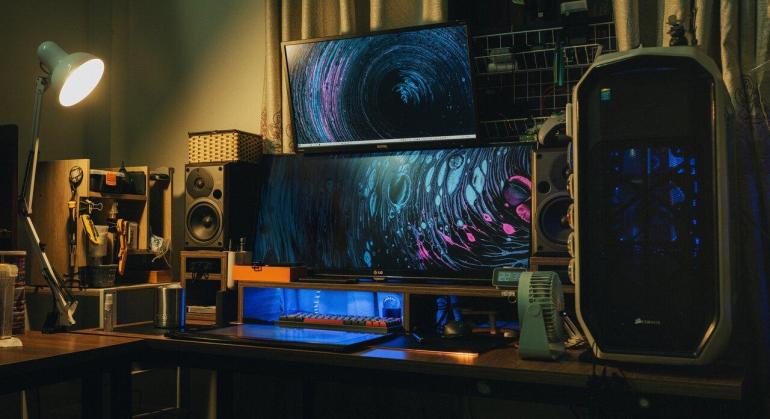 Appreciating the Growth of Electronic Music in Video Games

Electronic music and video games have gone hand in hand from the very beginning. While the earliest interactive forms of entertainment were bereft of sound effects, let alone full-blown scores, as soon as developers had the tech to add even the most basic melodies to accompany the gameplay, they jumped at the chance to harness it.

There has, of course, been plenty of cross-pollination with the wider music industry, with successive generations of artists being influenced by the soundtracks of the games they played as children and expressing this in their own careers.

Here is a look at how electronic music and gaming have grown together, and what the future might hold for this unshakable partnership.

Today games of all kinds can have full orchestral scores, or pull their soundtracks from any genre of their choosing, complete with music made by top performers from the world of pop, rock, rap, and beyond. This applies to top-flight franchises on PC and console as well as simpler browser-based games like those available at a Canadian online casino, and even mobile games.

Flashback to the origins of the industry and electronic music was a crucial component of games because the hardware of the time was not capable of producing complex polyphonic sound, let alone offering enough onboard storage for fully recorded tracks.

Indeed it is entirely possible to claim that video games were the first place that electronic music was introduced to the mass market. While boundary-pushing EDM artists may have been shaking up the underground scene in the 1970s and 80s, exposure to this kind of music in the average home was more likely to happen in games on consoles from Atari and Nintendo than anywhere else.

By the 1990s, enough advancement in sound processing and storage had been made to remove the limitations on the type and complexity of the music that could be integrated with games. Even so, electronic music remained inextricably linked with this industry, and by the turn of the millennium, there were even movements dedicated to celebrating and reimagining the influences of the 8-bit and 16-bit eras.

This period also brought about an increased crossover between EDM and other genres, with video games acting as the melting pot in which these all mixed and intermingled. Iconic first person shooter Doom, for example, had an entirely synthesized soundtrack that sounded innately electronic but was composed to evoke the riffs and rocking beats of heavy metal, which it did with great success.

It was not just the type of music being played, but how it was used from a gameplay perspective, that also emerged as a new facet during this decade. Music was not only used to evoke the mood and emotion of the onscreen action, but also to give players a clearer sense of the setting and even the specific environment.

In the past decade, the growth of the video game industry has been such that there are niches for almost every conceivable interest, and this has further helped cement the significance of electronic music in this context.

It is the indie games of the 2000s and 2010s, including the likes of Spelunky, Fez, Cave Story, Celeste, and a host of others that have harked back to early eras in many ways, including through the use of electronic music. Meanwhile more modern games with a setting that suits the retro theme, such as Hotline Miami, and even futuristically themed games like Mirror’s Edge and Cyberpunk 2077, have been proactive in their support of EDM artists.

Video games and electronic music look set to remain close allies, and there is no denying that they have helped one another grow and prosper over the past half-century.