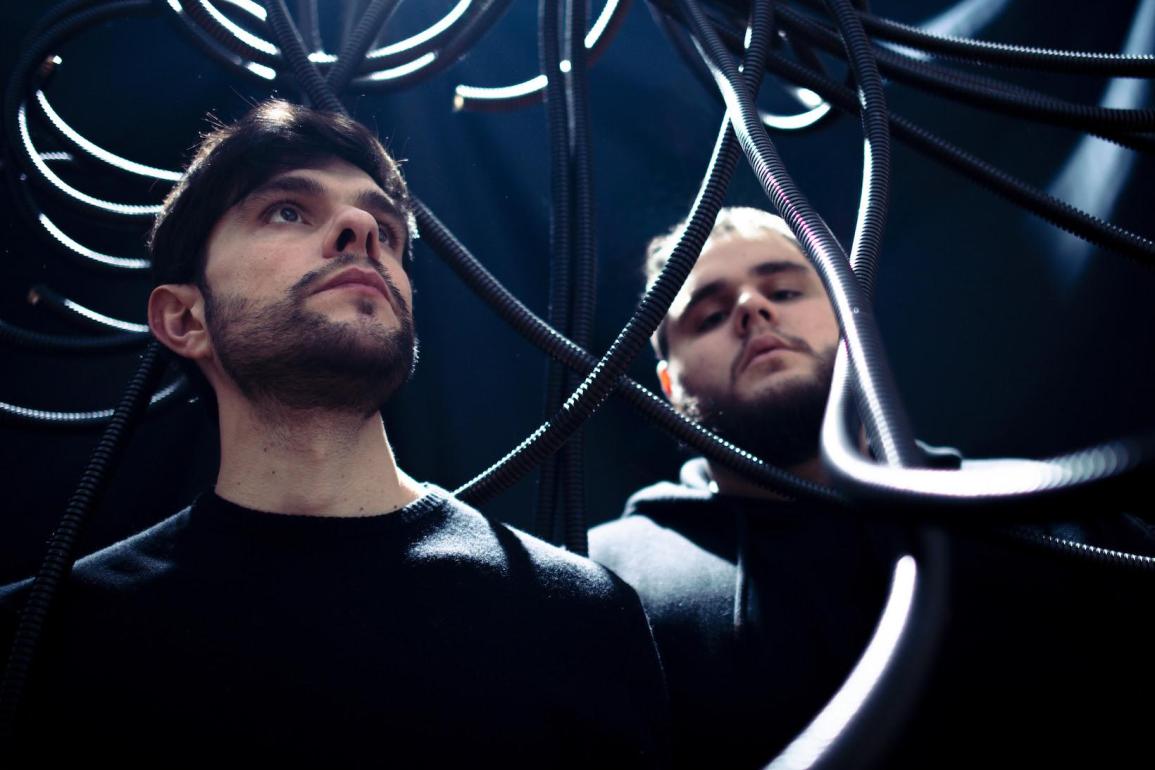 The duo considers technology to be the mother of their universe. They’ve always wanted to blur the lines between music and art, and with the release of their own Angel Alphabet NFT, they’re about to do so in spectacular fashion. Mathame will donate a portion of the sales proceeds to Carbon180 in support of their efforts to offset and reduce carbon emissions.

Mathame is an Italian techno duo that combines together deep emotions with mystical soundscapes and heavy rhythms. They have a truly emotive and deep techno sound that is full of melody, releasing on labels like Tale Of Us’s Afterlife and Sony/B1. They’re still riding high on the success of their globally acclaimed 2020 BBC Radio 1 Essential Mix, and they’ve just released a groundbreaking series of mixtapes compiled using a brand new A.I. algorithm created to test the power of Apple’s new M1 processor architecture. The first installment of “Old Neural Mixtape Vol.1” was released in March 2021, with more installments planned throughout the year. But now, with this game-changing new multi-media NFT public relations campaign, they are leading from the front.

The 12-piece collection and the Mathame’s vision about them

With Angel Alphabet, we are trying to solve a problem that we felt from the beginning: Where are the big stories, the Myths, and Legends of this new digital metaverse? So we called a crew of 12 visual artists that we love and we challenged ourselves to build the very first MYTH of the Metaverse. We named it “metamyth” and after research we wrote a simple concept to tell a fictional story where DigitalBot and Angels fought, and during the battle, Angels lost their Alphabet somewhere in the Metaverse. The challenge was to imagine the shape of the letters, where they were and how they got there, and present them to the public. The output of the research will come in 12 unique pieces of digital art. But this is just the beginning of a new media narrative. – Mathame about the NFT collection

Fans will be able to attend Mathame’s OVR live performance on the day of the release, where they will present the entire collection and perform a set in a unique virtual world via the OVR official website. This avant-garde project will be explained on Mathame’s social media accounts, and fans will be invited to download the OVR app and attend a special virtual reality private viewing of the entire collection on May 30th at 7 p.m.

OVR is a decentralized platform that allows users to create geolocalized AR/VR experiences. As spatial domains, we used NFTs: we divided the world into 300 sqm hexagons, each represented by an NFT. People who own the NFT representing a geographic location will decide the AR/VR content for their own hexagon, just as they do on the web where they own a web domain and control the content there. Gaming (PokemonGo style), live events, virtual retail, virtual exhibitions, avatars, tourism, real estate showcases, art exhibitions, and many other applications are just a few examples.

The “Non-Fungible-Token” aka NFT is transforming the digital art world. NFTs are one-of-a-kind tokens that represent a unique asset or content that can be bought and sold by collectors, using blockchain technology to track provenance and ownership. When a collector purchases an NFT of an artist’s work, they are purchasing a one-of-a-kind token that represents the digital artwork. The token then records ownership in a tamper-proof manner, as well as guaranteeing the artist a percentage of any future sales.

We have written an extensive article explaining the NFT technology and how it’s evolving the music industry here.

The full collection in depth

For each piece we have developed a technique capable to “mine” different melodies through a cyclic envelope generator.The shapes of the letters are routed to the pitches of the different parts of a midi files and to various synth parameters.
Like eternal sound letters pic.twitter.com/oJPDZPQACb