‘How Do You Make Love Me?’ by The Weeknd receives an house packed remix by one third of Swedish House Mafia, Ingrosso and Salvatore Ganacci 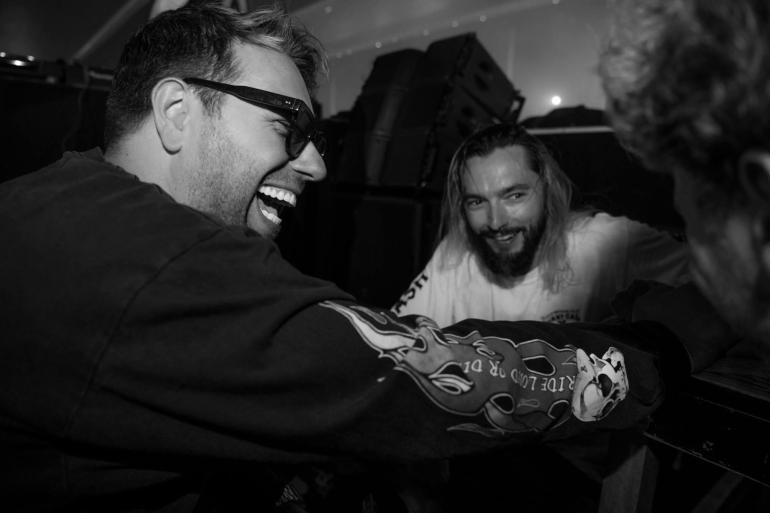 Fresh from Paradise Again album together with Steve Angello and Axwell, 1/3 of Swedish House Mafia, Sebastian Ingrosso is back with a brand new remix. This time he’s not alone as he teamed up with fellow producer Salvatore Ganacci. The pair gave their own spin to The Weeknd‘s record How Do You Make Love Me?.

Release just some weeks ago, the remix just amassed over one and a half million streams on Spotify alone. Ingrosso and Ganacci’s own take on How Do You Make Love Me? is a solid club banger. Built around the iconic The Weeknd‘s vocal, the two injected wobbling basslines and catchy beats. The rolling percussions perfectly merged with the hypnotic vocal for a “I won’t stop dancing” feeling.

The remix is the first release in more than 4 years for Ingrosso. He previously released together with Axwell Dancing Alone. Besides the Axwell /\ Ingrosso project, we have to go as back as 2017 to find another collaboration with Mr. Ganacci, Ride It.

Blending tech house rhythm, house, and kind of radio vocals with techno-inspired percussion, Sebastian Ingrosso and Salvatore Ganacci’s spin on The Weeknd’s How Do You Make Love Me? can be a club opener as well as the track to drop in the middle of the night.

Sebastian Ingrosso is now on tour in North America with Swedish House Mafia. After kicking off in Miami, the trio has a show planned at the iconic Madison Square Garden for tomorrow. The trio also played some weeks ago at Ushuaia and, if you’re around Ibiza, you may hear How Do You Make Love Me? remix during sunset while enjoying your drink.

Sebastian Ingrosso has recently shut down his own label REFUNE in favor of a brand new one coming soon.