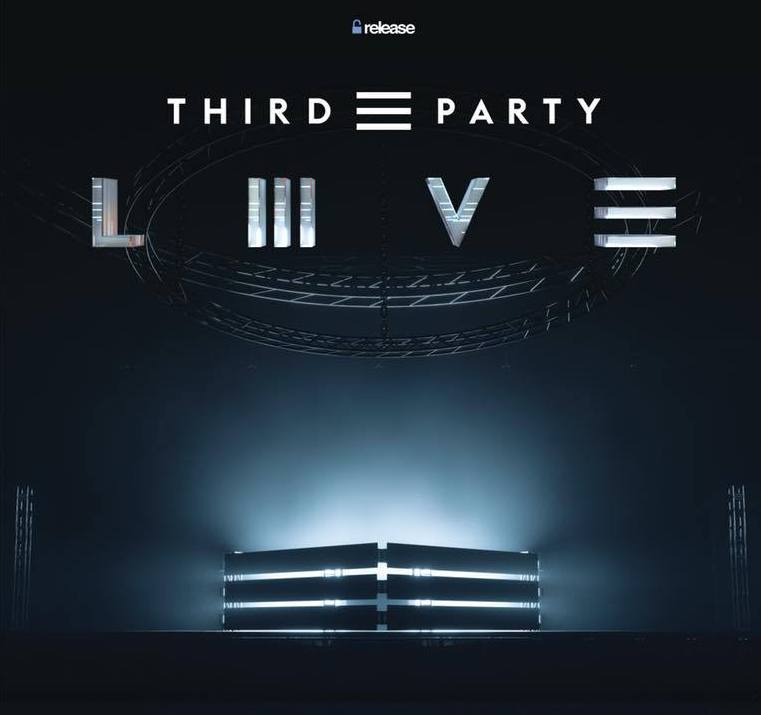 [vc_row][vc_column][vc_column_text]After an incredible year made by the release of their first solo Album, “Hope” and a series of monumental nights around the globe, UK duo Third Party are ready to bring their shows to another level.

2017 was for sure, Third party year. A the beginning of it the duo have released their long-awaited and first solo album, called HOPE, which features, besides for a stellar tracklist of masterpieces, a unique and mind-blowing visual concept. Now, the UK duo has decided to take it to another live.

Third Party announce their new show “LIIIVE” ahead of the new album launch.

“LIIIVE” is the name of the new show concept. The three I resume the E of their logo turn 90 degrees. The teasing video posted on their Facebook page shows how the stage will be composed. Unfortunately, the video is 38 seconds long and doesn’t reveal too much but we can clearly hear the ID track used for it. Third Party has already announced they are at work on a second album and, this show, as the track we have heard from the video, are probably part of it.