Tinlicker’s new album ‘In Another Lifetime’ out now on Anjunadeep 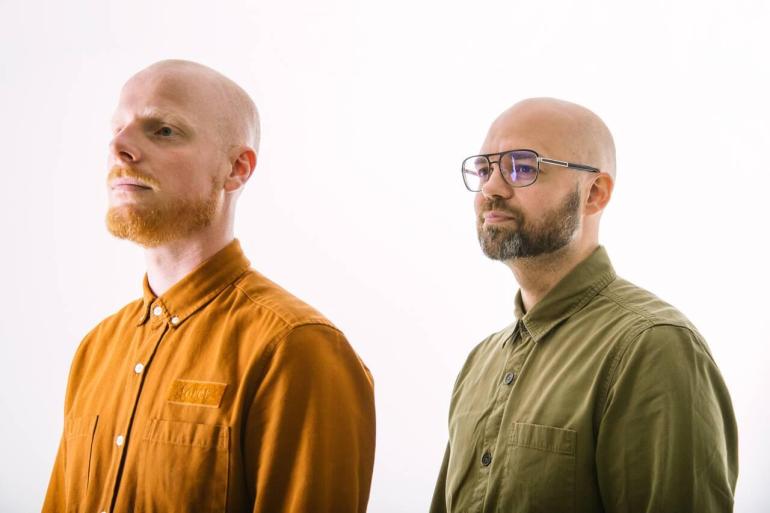 Utrecht duo Tinlicker (Micha Heyboer and Jordi van Achthoven) have released their second studio album, ‘In Another Lifetime,’ on Anjunadeep. ‘Be Here and Now,’ ‘You Take My Hand,’ ‘Just To Hear You Say,’ and ‘Healing Forest,’ among others, have been supported by Pete Tong, Diplo, Gary Jamze, and John Digweed, as well as tastemaker stations like BBC Radio 1, Kiss FM, and SiriusXM. Download via Anjunadeep.

‘In Another Lifetime,’ written during the lockdown, was influenced by Tinlicker’s experiences over the previous two years.

These last two years saw the creation of a parallel universe in which human beings had to reinvent themselves whether they wanted to or not. We experienced a lot of lows in this process, but also beautiful highs – in some moments it felt like everything was about to slip through our fingers, while other days the process brought a lot of peace. For us, the title ‘In Another Lifetime’ captured this journey. – Tinlicker

The album: In Another Lifetime.

‘In Another Lifetime,’ which features eleven new tracks and an ensemble of vocalists, reflects this contrast of highs and lows. The album explores tangential styles of electronica, deep house, and melodic techno while evoking the familiar Tinlicker sound of powerful progressive house. Masterful compositions of fervently driving percussion, considered synth design, and hypnotic vocals, such as ‘Always Will‘ featuring Nathan Nicholson and ‘You Take My Hand‘ featuring Jamie Irrepressible, are characteristic of the duo; darker, memorable club anthems. Other tracks, such as ‘I Am Free‘ and instrumentals like ‘Healing Forest‘ and ‘Just To Hear You Say,’ show the duo taking a less traditional approach, favoring breakbeat arrangements and brighter melodic elements. Tinlicker’s artistic and personal growth is reflected in the album’s final product.

Tinlicker members Micha Heyboer and Jordi van Achthoven combined their storied musical backgrounds in 2013 to form Tinlicker, champions of forward-thinking sound design and dynamic songwriting. Jordi’s polished pop and house production quickly became clear as a perfect match for Micha’s deep sonic palette, which he honed as a member of the drum and bass group Black Sun Empire. Tinlicker’s first studio album, ‘This Is Not Our Universe,’ was released in 2019 on Anjunabeats. Pete Tong and Annie Nightingale of BBC Radio 1, Jason Bentley of KCRW, and SiriusXM all praised the album for its powerful progressive sound, which drew international attention. In the meantime, the duo released a slew of critically acclaimed EPs and singles, including remixes for deadmau5, Reflekt, Be Yourself, and their Beatport #1 edit of Robert Miles’ ‘Children,’ this year’s ‘Lost Gravity‘ EP, and 2017’s global smash-hit ‘Because You Move Me,’ which has amassed over 160 million Spotify streams alone.

Tinlicker’s new album, ‘In Another Lifetime,’ marks the beginning of a new chapter for the band, as they emerge from the uncertainty of the previous years and demonstrate their vast personal and artistic growth. In support of the album, the duo will embark on a worldwide live world tour this year, with stops in Paris, Toronto, and Washington, as well as sold-out shows in London, Melbourne, and their hometown of Utrecht.