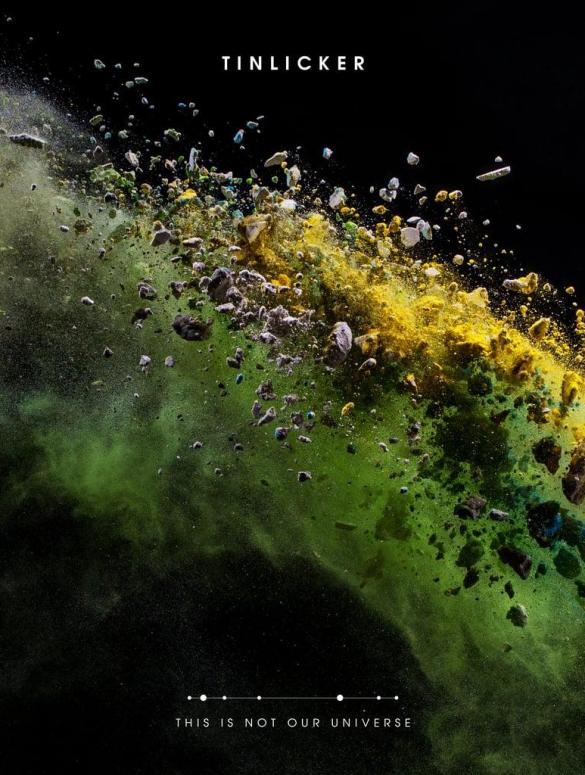 Tinlicker release ‘This Is Not Our Universe,’ debut album on Anjunabeats

A comprehensive insight into the Tinlicker sound, This Is Not Our Universe features heartfelt songwriting, wistful house grooves and vibrant progressive interludes

Legendary imprint Anjunabeats welcomes Tinlicker duo with their debut album This Is Not Our Universe, released on September 27th.

This I Not Our Universe showcases Jordi van Achthoven and Micha Heyboer’s, a.k.a. Tinlicker, dynamicity blending together minimal and techno-oriented elements with progressive and melodic vibes. Expect nothing but an intergalactic journey through electronic dance music’s element.

Kicking off with Bird Feeder, a very polished tune with simple melodies and a clear beat the album continues building the path with Tinlicker’s remix of alt-J Breezeblocks. A soft arpeggio that perfectly matches the vocal and the almost pop-oriented vibes. The Whale, number three of the album, brings the listener to a deeper and darker environment, with yet clean but mysterious sounds. On the same key Vanishing ft. Run Rivers introduces a more club-oriented baseline at the end of the tune. Even if the track title could mislead, The Walk is a true club anthem built for the deeper and underground dancefloors. The buildup is simply amazing and we can definitely feel the crowd going crazy when the track drops.

We’re both fans of alt-J. We had the idea of creating a completely different and unique vibe from the original, and the track has been a highlight in our sets over the past months. We are also very happy that alt-J themselves were happy for us to release this version. – Tinlicker

Cause I could be considered the middle point of the album. With its cinematic elements and long melodic lines, the track creates a real discontinuity from what you’ve heard before. The sample vocal loop has followed the album’s flow jumping on Need You, a blend of house and pop vibes, a perfect holiday soundtrack. Reached on your destination, Fractal is the right tune to play as blends soft and chill piano vibes with a great intimate progressive beat.

The melodies start to increase their speed as Lost kicks off. With the stunning Run Rivers vocal, the track jumps from a hypnotic progressive and minimal drop to softer vibes on the breakdown. The electrified top melody perfectly merged with piano’s notes and a galactic vocal make Lullaby the beginning of the album’s end. Close Your Eyes guide you through a stellar journey rocked by the angelic Belle Doron’s vocal. From the angelic vibes to te darker elements of Neko, This Is Not Our Universe perfectly ends with When The Lights Fades.

A comprehensive insight into the Tinlicker sound, This Is Not Our Universe features heartfelt songwriting, wistful house grooves and vibrant progressive interludes – a showcase for two innovative producers who are leading the pack.

Released the last 27th of September Tinlicker’s debut album on Anjunabeats This Is Not Our Universe is out now worldwide. You can check it below or follow this link.

You can donate us Bitcoin BTC ₿ bc1q2x5jl0afv7rpdkjkrzfxh43myms3cxkvj6829a
Start typing to see results or hit ESC to close
Deprecated: uasort(): Returning bool from comparison function is deprecated, return an integer less than, equal to, or greater than zero in /home/343015.cloudwaysapps.com/kzamtkjcex/public_html/wp-includes/category-template.php on line 903
Swedish House Mafia Protocol Recordings Axtone Tomorrowland Miami