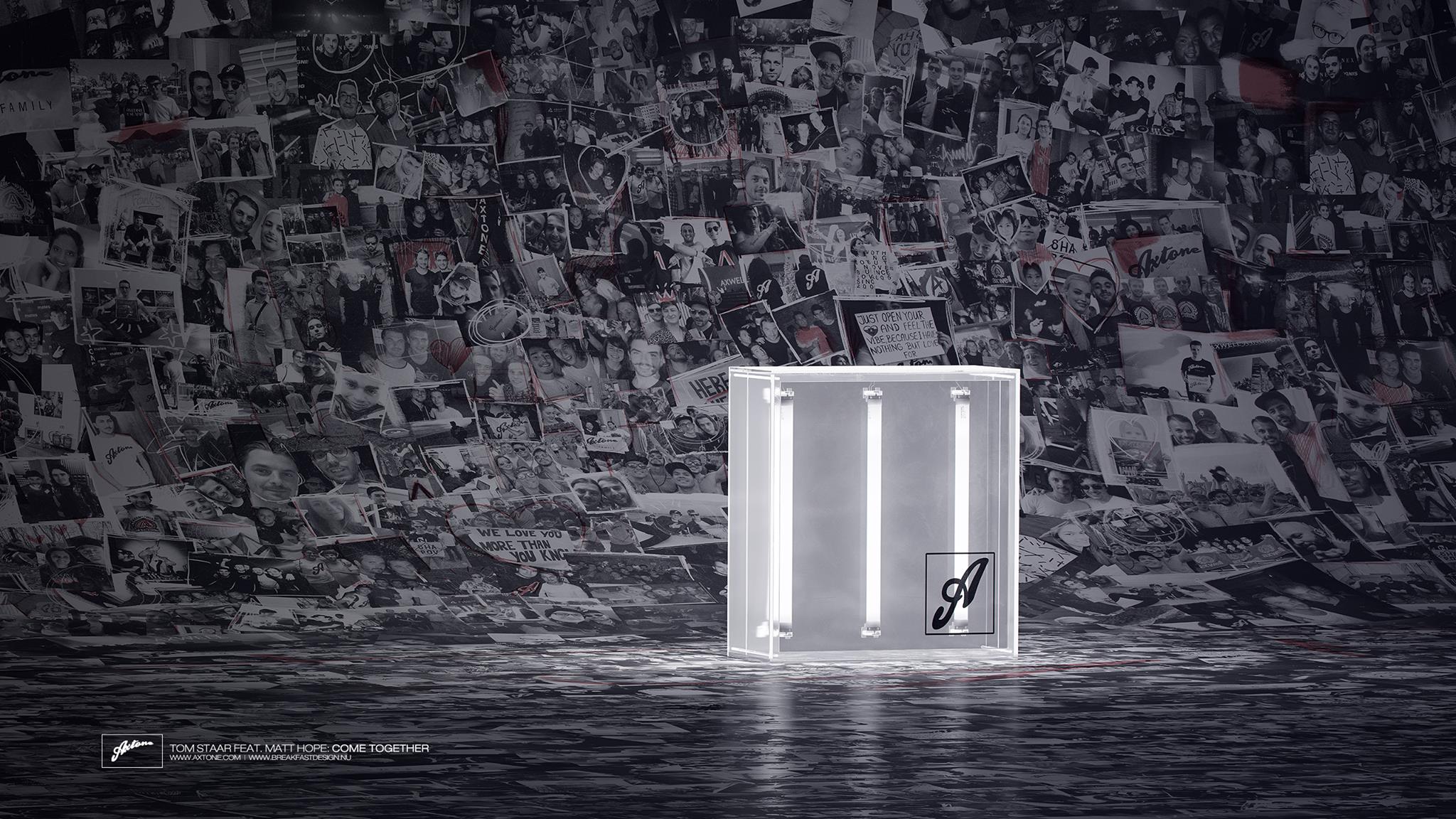 The eagerly awaited AXT100 has been finally unveiled: it’s “Come Together” from Tom Staar featuring Matt Hope on the vocals. Note that the first release of the label founded by Axwell was “Together” (part of It’s Great).

With ‘Come Together’ the sentiment of the song is timeless and a melody that we felt encapsulated what Axtone has become renowned for over the years within the electronic music global community.

Tom Staar is back on Axtone with “Come Together,” the Axtone 100th release.

Tom Staar has firmly left his mark on the label with his previous releases ‘Bora’ and Robbie Rivera collaboration ‘The Funkatron’. Although best known for his production prowess, the lyrics on ‘Come Together’ were actually written by Tom himself, with the Ibiza based Englishman recruiting his fellow countryman Matt Hope to deliver the final vocal.

This release’s artwork is also a very special one: it features pics from the fans all around the world with their favorite Axtone DJs and producers, such as NEW_ID, Shapov, and of course the boss Axwell himself.