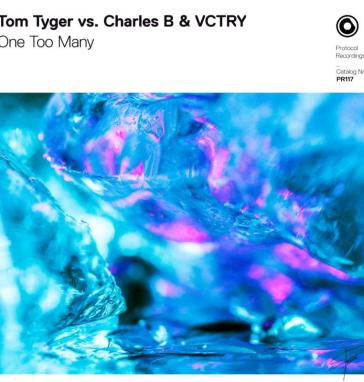 Tom Tyger, Charles B & VCTRY have released a UK Garage-inspired house track on Nicky Romero’s Protocol Recordings named ‘One Too Many’ out the 10th of August.

The track consists of a funky percussive bassline with catchy vocals that will make sure to get your body moving on the dance floor. The collaboration is magical and the French team has merged together to showcase their talented masterpiece.

Delivering a classic 4/4 percussive bassline paired with funky topline instrumentals and a catchy, pitch-shifted vocal hook, “One Too Many” will transport listeners back to the days of bare-bones warehouse parties, where UK garage rooms were the most sought-after places to dance

Tom Tyger’s tracks have these infectious groove melodies buzzin’ around whenever he produces something. He is not new on Protocol Recordings; in the past, he has released “Rave Me“, “C’est La Vibe” and he has collaborated with partners like Raiden, FaderX and more.

Charles B & VCTRY are new members of the Protocol family; they’ve released a funky track before named “Feeling This” and Groove king Kryder has supported their new song with Tom, ‘One Too Many’, on Kryteria Radio.

Protocol Recordings’ never cease to blow us away with their releases and the events that they have in Amsterdam during ADE and in Miami during Miami Music Week are astonishing and full of enthusiasm. If you want to witness the feeling live yourselves, you can buy your ticket for the massive label-night event “Nicky Romero Presents: Protocol X ADE ’18“ which is to be held on 17th of October in Melkweg, Amsterdam. The complete lineup has been announced and some of the artists who are going to performing are Corey James, Deniz Koyu, Tom Tyger, Matisse & Sadko and many more.[/vc_column_text][vc_video link=”https://www.youtube.com/watch?v=QvTnXlpKp-Q” align=”center”][/vc_column][/vc_row]