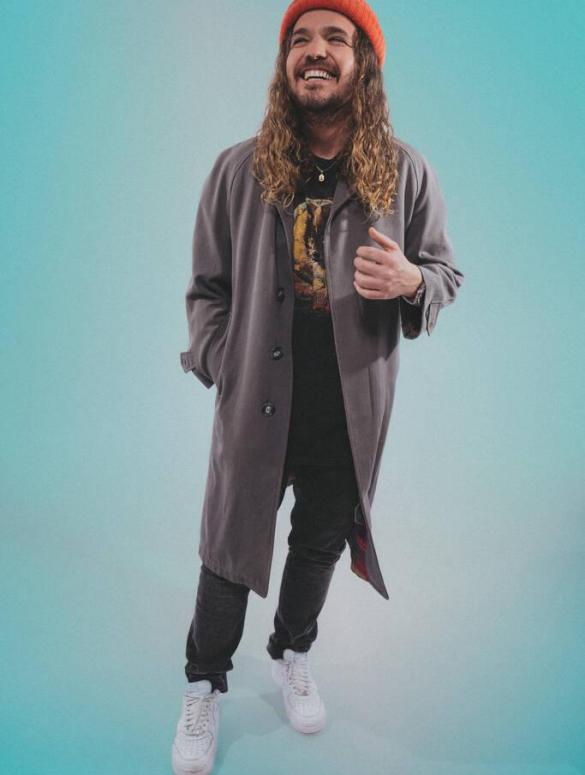 Tommy Trash, a global dance music sensation, and GRAMMY nominee, has had the kind of career that most people only dream of. From his early days at the legendary Ministry of Sound to his timely collaboration with Sebastian Ingrosso of Swedish House Mafia for the legendary “Reload,” the dance music pioneer has established himself as one of the genre’s biggest success stories. Now, the legendary DJ and producer proudly announce the launch of Milky Wave, his own record label. Out now, Tommy Trash’s Milky Wave launches with its inaugural single “Satisfy,” a piece of expertly cut house music from Tommy Trash himself you can stream and download here.

Tommy Trash’s Milky Wave is an inviting space for house music from all over the world, serving as a brand new home for forward-thinking productions. Tommy Trash’s creation of Milky Wave follows a three-year musical hiatus during which he re-evaluated music, life, and his purpose on this planet.

I’ve wanted to launch a label for a long time but I was waiting for the perfect record to do it with,” explains Tommy Trash on his Milky Wave. “‘Satisfy’ is that record. ‘Satisfy’ is the very first release from my new imprint, Milky Wave, and it feels like a good taste of what’s to come. I’ve been on such a huge journey these past few years, both personally and in my career, and I’ve been rediscovering a lot of great house music along the way. This record really captures everything I love about house. It’s a bona fide club jam and the sort of music I’m excited about putting out on Milky Wave. Hope you dig it. – Tommy Trash

Stoked to announce the launch of my new label – Milky Wave!! 🌀

I've always wanted a place where I could put out music that I love, from artists I love, whenever I want. And now it's here! Come ride the milky wave!
First single, out Thursday. 🌠

Tommy was a mainstay on mainstages and DJ booths all over the world for six years, from 2011 to 2017. He performed at the world’s most prestigious festivals, had his own Vegas residency, and routinely crammed as many as five shows into a single week. Then the previously impregnable EDM bubble burst. Burnt out and at breaking point, Tommy was ready to call it quits for good.

He was introduced to “The Reality Of Truth,” a documentary about the medicinal psychoactive shrub ayahuasca, around this time in 2017. Tommy realized what he needed to do at that precise moment. He flew to Costa Rica and began his three-year ayahuasca-led sabbatical there, participating in shaman-led ceremonies in which participants were given ayahuasca doses for healing purposes. Tommy describes it as a “reawakening.” “It showed me who I’d become and who I could become.”

Tommy returned to the United States with a renewed sense of purpose. He regained his life’s balance, became healthier and happier, and eventually fell back in love with music-making. Tommy is back in the spotlight with a brand new label and a slew of new music to go along with it. Tommy’s many years in the game have culminated in Milky Wave, which is his vision for the future. Serving as a new exciting home for out-of-the-box sounds, new artists, and house music that surprises and excites, Milky Wave is the freshest new label on the scene.

On Thursday, October 14, Milky Wave will debut with Tommy Trash’s “Satisfy,” a stirring house jam. “Satisfy” is jam-packed with worldly synth patterns and groovy percussive elements. The sweeping single, which draws heavily on his global travels, combines punchy vocal chops with a compelling four-on-the-floor bassline. The head-turning club jam was inspired by Tommy’s journey both around the world and within himself, and it’s the ideal way to get a taste of his exciting new imprint’s sound.