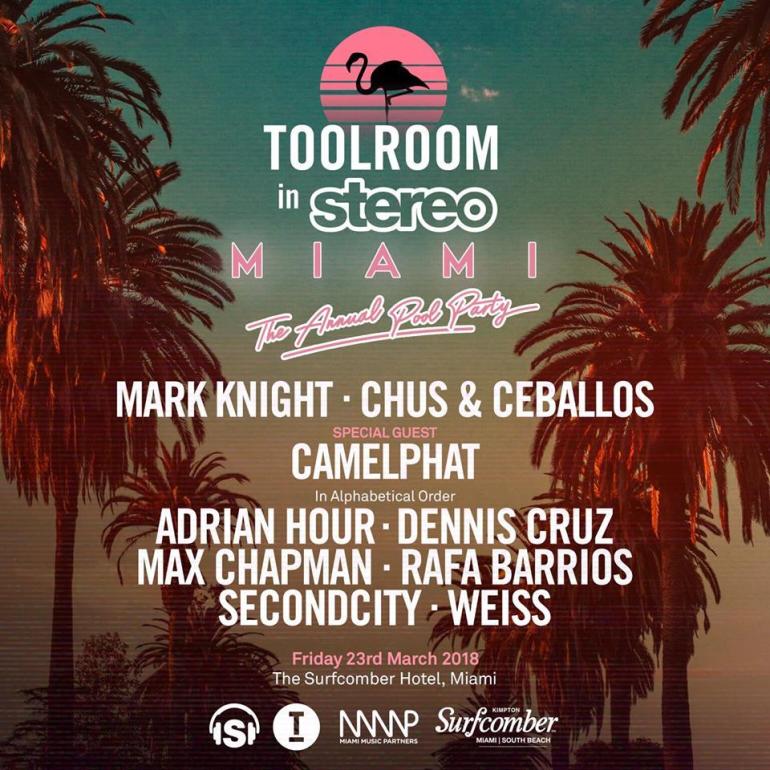 In 2015 over 1,000 artists performed at over 260 events hosted at a myriad of venues across Miami. Venues include nightclubs, pools, boats, and pop-up spaces/venues throughout locations like Wynwood, Downtown Miami, Miami Beach, and Little Haiti. Miami Music Week also leads up to the world’s premier electronic music festival, Ultra Music Festival which is attended by 165,000 people over the course of three days. We like to define the Miami musiMusick as the Amsterdam Dance Event of the summer. [Wiki] This year the Miami Music Week will take place from 20th to 25th of March also celebrating the 20th anniversary of the global Ultra Music Festival Miami.

Toolroom is known internationally as one of the most innovative major brands in dance music. After over a decade in the music industry, they are known for the passion for quality House music, and a close connection with their community of fans. Over the past ten years, Toolroom have signed and even discovered some legendary artists launching them on the international scene [RA].

Toolroom announces label party in Miami for MMW with Camelphat as the Special Guest.

With plenty of party and labels in Miami during MMW, Toolroom must organize something big, as it will be. The line-up is full of amazing DJs as Adrian Hour, Weiss, Dennis Cruz as well as label boss, Mark Knight. As a special guest, Toolroom boys have decided to invite the worldwide famous duo Camelphat, who are on the cutting edge thanks to their hit “Cola” and their upcoming remix of Fatboy Slim classic.