Top 100 DJs by DJMag has announced partnership with NEXT Music

Music's mobile App, NEXT Music, will join the Top 100 DJs for the second year of partnership

NEXT Music has announced its partnership with the Top 100 DJs for 2019 edition.

Voting for the Top 100 DJs have started and this year, the world’s largest publicly voted music, has also announced a brand new partnership with NEXT Music. NEXT Music is a mobile music app committed to driving artist discovery. It features thousands of live performances and hundreds of licensed songs creating a virtual music festival environment.

NEXT Music will bring the definitive guide to the world’s most popular DJs to NEXT Music’s millions of subscribed App users.  Over 14 million music fans in over 150 countries can catch live performances, tip artists or play a 30-90 second clip of a gamified song and buy the full-length version.

At DJ Mag we are passionate about innovation at the intersection of music and technology. NEXT Music enables electronic music fans to discover and interact with music in a unique and innovative way. By creating a seamless user journey between the NEXT Music app through to the Top 100 DJs voting platform we hope to give more music fans than ever before a chance to participate in the Top 100 DJs poll. – DJ Mag’s Head of Digital & Partnerships Simon Kelly

For the first time this year, voters of the Top 100 DJs poll will be invited to enter an exclusive charity prize draw. One lucky voter and their friend will be flown to Amsterdam where they’ll witness the crowing of the World’s No.1 DJ from the Royal Box, flanked by some of the planet’s leading DJs. Check out more and how to participate at djmag.com/unicef

Solomun releases long-awaited album ‘Nobody Is Not Loved’

The lucky winner and a friend will be put you up in a central hotel for four nights and given passes to Amsterdam Dance Event, so they can check out the numerous parties and events the city has on offer. And they will also receive a professional DJ setup – courtesy of Denon DJ, a year subscription to Beatport Link so they can stream music direct to their new device and a lifetime subscription to DJ Mag so they never miss a beat.

Voting for this year Top 100 DJs has already started and will close on September 18th at 23:59 pm BST. Be sure to make your voice heard and cast your vote at top100djs.com!

NEXT Music is available for iOS via iTunes and for Android via Google Play. 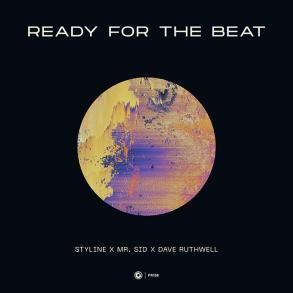 Styline, Mr. Sid and Dave Ruthwell team up for READY FOR THE BEAT