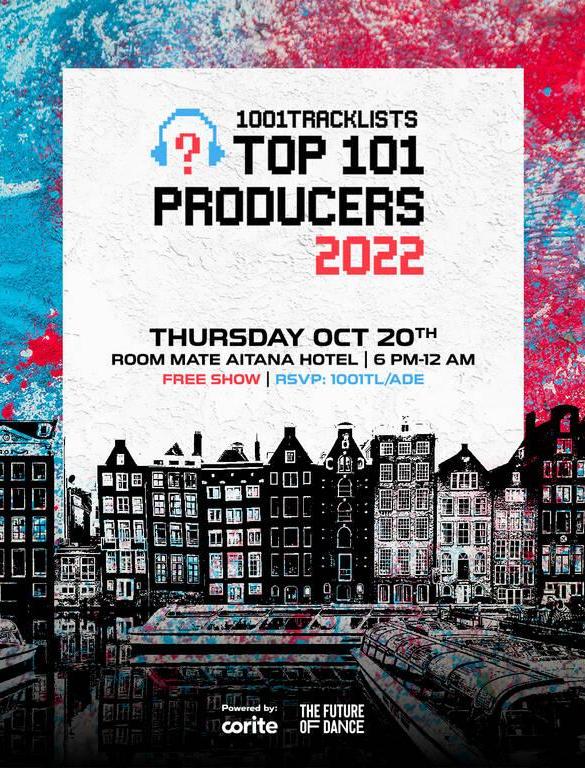 After being crowned #1 DJ in the world last year by DJ Mag, David Guetta gains one spot in the Top 101 Producers of 2022 by 1001Tracklists, becoming the #1 producer in the world as well.

The world’s top tracklist web presents its yearly rating, the 1001Tracklists Top 101 Producers. 1001Tracklists is able to determine which albums and artists have received the most plays because to the considerable data it has gathered over the course of the year. The 1001Tracklists Top 101 Producers is based on actual data, as opposed to the DJ Mag Top 100 DJs, which is based on a survey where anybody may voice their personal preference. If an artist’s track was played by a DJ during a set or on a podcast or radio show, it received points.

The distinctive DJ support is a point. You could counter that playing a track at the end of Ultra Miami or Tomorrowland is not the same as playing it on a podcast by a budding DJ; yeah, but every system has flaws. Perhaps soon, 1001Tracklists will add weight to rank the different supports, but that is another subject.

The Future of Dance

The Future of Dance Fund was also presented by 1001Tracklists this year. From November 2022 to October 2023, 12 artists will be supported and featured as part of a collaborative charitable endeavor. Each month, the fund will provide underrepresented dance music artists with funding, marketing assistance, and other support.

1001Tracklists simultaneously released their “Future Of Dance” list, which includes 101 women and POC artists with the Top 101 Producers 2022, in order to advance change and empowerment. These musicians, who were hand-selected from throughout the world, have contributed significantly to defining the sounds of the electronic music world during the previous 12 months and will continue to do so in the years to come.