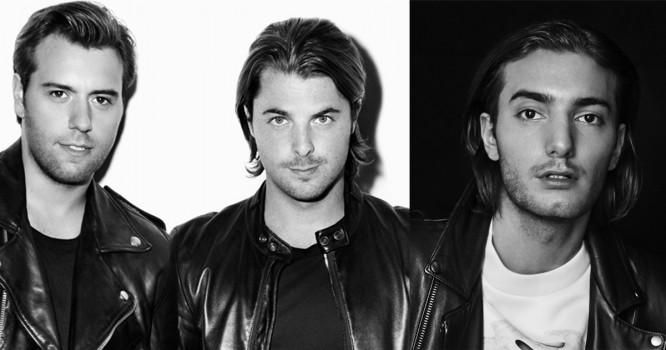 The true behind the Swedish House Mafia reunion tweet

It happens again, and again it is a fake.
After the first news by We Rave You about the ‘new’ Swedish house Mafia, with Axwell, Ingrosso and Alesso, the same Axwell this morning has tweeted

doesn’t take much more than a wise guy with Photoshop to start a rumour.

doesn’t take much more than a wise guy with photoshop to start a rumour.

So it was only photohsop? The manager of the three artists, Amy Thomson, posted three tweets today, explaining that all this history has no sense


And none of SHM need to get back ‘on track’ what a crap way to announce anything you all know us better than that. Yawn ….

And no Alesso isn’t joining SHM because we took a pic of him on stage with Ax and Seb. Lol. Respect to the photoshop skills however 🙂

But, we know, the ex manager of Swedish House Mafia is really good to create hype and expectation… Something will happen? We don’t know but we will never stop to hope for.