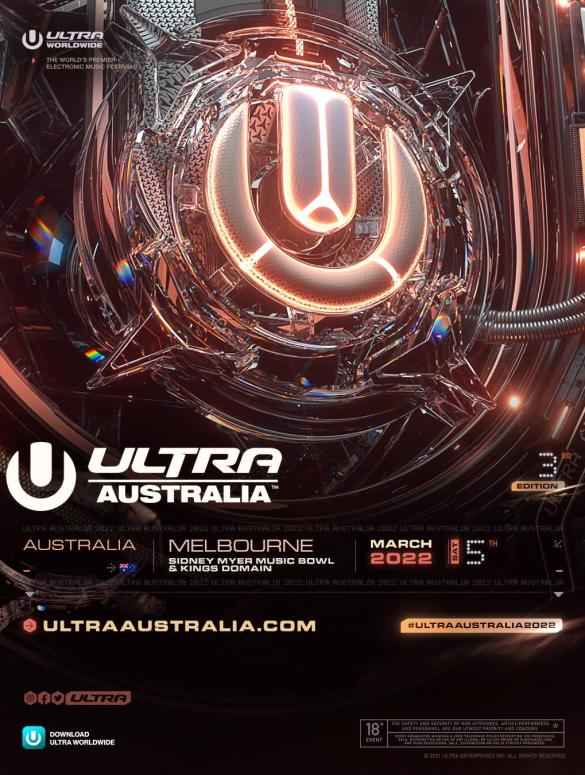 Fans will be wowed by the festival’s multi-stage production, which will take place at the SIDNEY MYER MUSIC BOWL & KINGS DOMAIN. The summer extravaganza will include the mammoth Main Stage, the hub of underground sounds at the RESISTANCE Stage, and the UMF RADIO Stage, where Australia’s leading local DJs will perform.

Tickets for the Ultra Passport Members Pre-Release and Ticketek Members will go on sale this Thursday, October 28 at 2 pm AEDT at ultraaustralia.com.


Tickets for the general public will go on sale at 2 p.m. on Friday, October 29.

ULTRA Worldwide is recognized as one of the most internationally-reaching music festival brands in the world, curating diverse lineups of award-winning DJs and globe-trotting talent. ULTRA Worldwide has solidified its position as the industry leader in live electronic music events, consistently delivering cutting-edge technology, custom-designed stages, and unrivaled productions.

Over 40,000 Australian fans have witnessed impeccably produced events with stand-out performances by high-profile artists who have dominated the international music charts, including The Chainsmokers, Martin Garrix, Marshmello, Afrojack, DJ Snake, Deborah De Luca, Eric Prydz, Zedd, Tiger Lily, and Will Sparks, who have all contributed to a first-class festival experience.

The news of Ultra Australia returning to Melbourne came after the announcement of the return of the flagship festival, Ultra Miami, on its historic home, Bayfront Park. Ultra Miami today has announced the Phase 1 lineup as well. The full-scale festival season seems to be back in 2022.