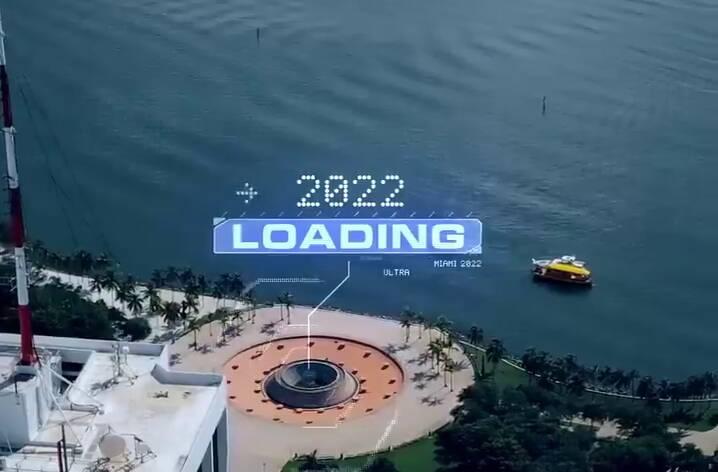 After several months of silence because of the pandemic, Ultra Music Festival Miami 2022 lineup is here. The festival first teases its fans with an Instagram video showing the historic location with a “Loading 2022” overlay. The video firstly appeared on Ultra Miami’s Instagram profile.

Following a historic agreement with the Downtown Neighbors Alliance, Ultra Music Festival will return to the iconic Bayfront Park from March 25 to 27, 2022. The festival’s community partnership with the city’s residents, which was announced earlier this year, will foster a shared vision of sustainable coexistence in the heart of downtown, allowing Ultra to continue showcasing Miami and its local culture as the world’s dance music capital.

Additionally, Ultra Music Festival is ecstatic to present the highly-anticipated performance of one of electronic music’s most iconic artists as the festival’s closing act on Sunday!

The return of A State of Trance.

A State of Trance (ASOT) will mark the tenth anniversary of hosting its own Ultra Music Festival stage, bringing together dance music fans of all generations under Miami’s glittering skyline to witness performances from the genre’s most prominent artists.

Ultra will host its first-ever hardstyle stage, curated by Belgian hardstyle, jumpstyle, and happy hard record label Dirty Workz, as part of its never-ending commitment to touching all corners of the dance floor.

Ultra mainstay Gareth Emery has chosen Ultra to host the exclusive global debut of his [analog] new album and live show, marking yet another festival first. [analog] is described as “The Killers on Ecstacy,” and it follows in the footsteps of epic arena experiences like Emery’s previous technical feat Laserface, but with guitars and pianos instead of lasers and smoke. At Ultra Music Festival, the energizing artist will perform his entire new album live, as well as a selection of catalog classics like they’ve never been heard before.


Heavy bass maestro SVDDEN DEATH will make his triumphant return to the festival with his highly sought after VOYD alias in tow, following his bass-rattling Ultra 2019 performance. VOYD by SVDDEN DEATH is a spellbinding audio/visual experience that exclusively features the artist’s original catalog of productions; a once-in-a-lifetime opportunity for fans to hear the deep cuts he only performs live.

Techno heaven; RESISTANCE is back.

RESISTANCE, Ultra’s revered underground concept, will present a slew of the most in-demand house and techno acts, including Tale of Us, Camelphat, and festival mainstay Carl Cox, who will debut his new Hybrid Live 3-hour performance. Boris Brejcha, the German minimal specialist, will not only perform at Ultra but will also host his own stage, FCKNG SERIOUS, for the first time in America as part of RESISTANCE Miami.

Ultra will also welcome a slew of other internationally in-demand artists for the first time, in addition to Boris Brejcha: Techno export from Belgium Amelie Lens, the long-established queen of techno, will demonstrate her world-renowned mixing prowess and extensive arsenal of ricocheting records. Nina Kraviz will make her highly-anticipated Ultra Miami debut in the cathedral of techno, Oliver Tree, a fan favorite, will perform his first festival set with his zany energy, and Grammy-nominee FISHER will electrify groovers with his party-starting antics during his first Ultra performance.

David Guetta and Martin Garrix, both Ultra veterans, will perform their high-octane beats once more, with the latter bringing his STMPD RCRDS crew along for a special label takeover. SLANDER will perform a live set for the first time at Ultra Music Festival, accompanied by pop singer-songwriter Dylan Matthew, who has worked with the duo on hits like “Love Is Gone” and “Without You.”

SOFI TUKKER and Pendulum will hypnotize attendees with their captivating live performances, while Alison Wonderland and Zeds Dead will serve up hearty helpings of speaker-shaking sounds.

For the first time on the UMF Radio stage, Gud Vibrations will host a label takeover, unleashing the thrashing bass-cannon ammunition that has made the imprint a household name among bassheads worldwide.

Following RESISTANCE Island‘s successful debut in 2019, the RESISTANCE Miami experience returns to Ultra 2022 with a new format tailored specifically for Bayfront Park. The Carl Cox Megastructure and the debut of The Cove will be featured at RESISTANCE Miami, which will be located on the northern perimeter of the revamped festival layout. The Cove, as the name suggests, has a unique waterfront location that transports guests back to the spirit of RESISTANCE Island, all while overlooking Biscayne Bay and nestled perfectly under Miami’s signature palm trees.