‘Rave All Night’ is the alleged name of the new song 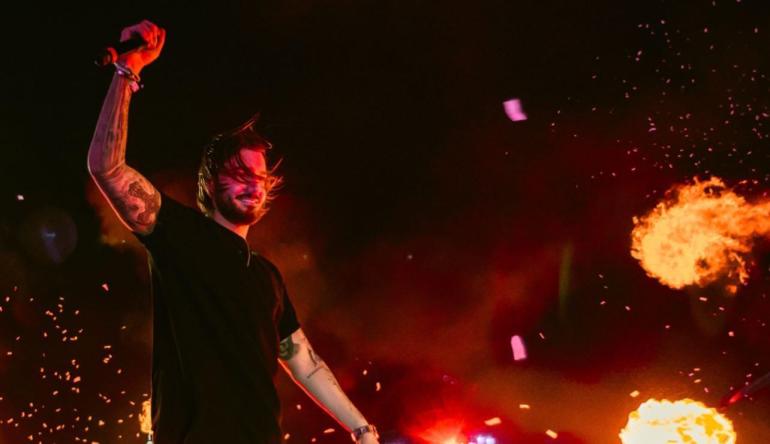 While headlining Electric Daisy Carnival Las Vegas, Alesso played brand new music: a groovy-progressive ID that made the crowd crazy. The alleged name of the new song is Rave All Night.

After a year of hiatus because of the pandemic, EDC Las Vegas is back on its historic location: Las Vegas Motor Speedway. For the first time ever, every stage is being live-streamed worldwide. You can watch the EDC Las Vegas 2021 live stream here. The biggest names of the industry took over the various stages; among them, Alesso, as every year, delivered a splendid performance at the kineticFIELD.

Alesso is used to dropping new music during EDC Las Vegas and this year was no different. He played a new groovy-progressive ID, packed with energy.

It was not the first time he played it tho. Alesso premiered this new song during Creamfields, at the Musical Freedom stage. After that, he played it at Together Again, ROW DTLA Los Angeles and at the main stage of Electric Zoo Supernaturals.

The record features a hypnotic vocal with catchy synth and Alesso’s iconic progressive signature sound. The drop follows the path of Progresso and Tilted Tower. It also includes that Barricade kind of vibes when it comes to the percussive rhythm.


Not only new music, but Alesso also played a lot of classics too. The full DJ set is available on YouTube for your eyes and ears. Check below to see and listen to it.

Alesso has recently released a collaboration with Marshmello and James Bay. Chasing Stars, which is the name of the track, has now more than 21 M streams on Spotify alone.

Returned this year, Electric Daisy Carnival is delivering the biggest edition yet. EDC Las Vegas is also celebrating its 25th anniversary under the electric sky.