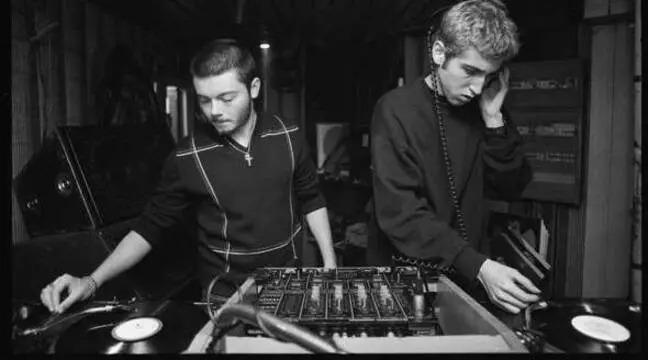 Daft Punk have released a deluxe edition of their debut album, Homework, on the 25th anniversary of its release, as well as a one-time-only live stream of a 1997 concert. Both the deluxe edition and the live stream have been available on February 22, 2022, at 2:22 p.m. PT.

Daft Punk have also shared footage from their December 12, 1997 show at the Mayan Theater in Los Angeles during the live stream on Twitch. Guy-Manuel de Homem-Christo and Thomas Bangalter performed the entire set without their signature helmets, as part of the duo’s “Daftendirektour” world tour in support of Homework.

Meanwhile, the deluxe edition of Homework, which will be released today, will include a slew of remixes, nine of which have never been available on streaming services. DJ Sneak, Todd Terry (“Tee’s Frozen Sun Mix”), and the American garage house duo Kenlou are among the new-to-DSP remixes of the Homework classic “Around the World.” Remixes of “Revolution 909,” “Burnin‘,” and “Teachers” are included in the deluxe edition.

Even if the Twitch live stream was a one-time-only, we managed to bring it to you if you missed it.