Will it really happen? Will it be broadcast live? Everyhting seems to confirm indiscretions of recent days 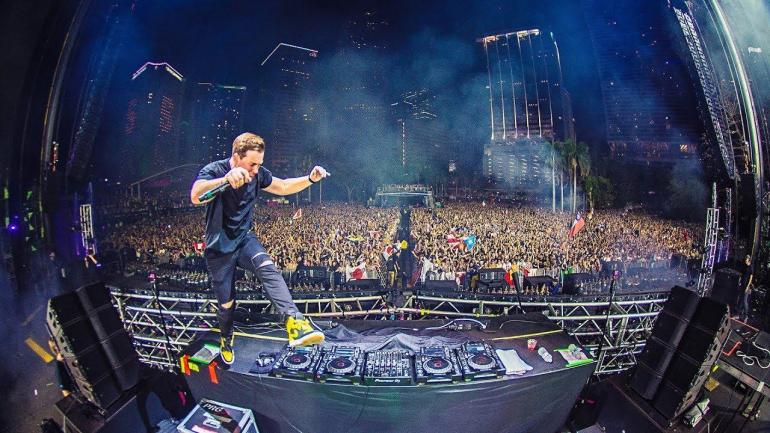 Ultra Music Festival Miami is back to its home at Bayfront Park after 4 years and two editions canceled because of the pandemic. 2022 edition of Ultra Miami seems to be even more special as some days ago Billboard reported that Hardwell will return after four-year hiatus. But, will it really happen, and will we be able to see the return as well via UMFV live stream? We think so.

The first speculation started as soon as Ultra Miami release the flyer of the lineup where the only blurred name was between Gareth Emery and Illenium. Because of the alphabetic order and the huge name of artists that could be kept secret with such an initial letter. Basically, the only one was the name of Hardwell.

According to Billboard who has talked with three people familiar with the matter, Hardwell will close out the three-day festival as the “special guest” in the final main stage slot at 9 p.m. on Sunday, March 27. Ultra Music Festival Miami organizer said back during the lineup announcement that Sunday’s closing act would be filled by “one of the most iconic artists in electronic music history.” Nor a spokesperson for Ultra, Anna Knaup, Hardwell’s manager, commented about it.

Hardwell will debut new music at this year’s festival, according to sources, and his new sound will be a departure — or evolution — from his previous, commercially focused work. According to an interview of Laidback Luke with Billboard, he said that Hardwell “was just not happy with what he was doing anymore. To him, it just felt like the same old thing over and over again. And he wanted to break free from that.”

Hardwell to return at Ultra Music Festival Miami 2022; how to watch the live stream?

There’s still no evidence or official announcement that first of all Hardwell will show up at Ultra Miami and, second that the performance will be streamed live via UMFTV. If we take into consideration what happened in 2018 with the return of Swedish House Mafia, again, at Ultra Miami, we could trow some speculations. If the show will be live-streamed, it will be on UMFTV mainstage channel live stream and, as happened with SHM, it could be used a fixed front camera to keep the closer shots to future promo videos or even a documentary.

Ultra confirms the stream of “Special Guest” from 9 PM.

Again, at the moment there’s no evidence of Hardwell live stream from Ultra Miami 2022 but we suggest keeping an eye on the live stream at 9 PM Miami local time. UMFTV announcing the live stream schedule has reserved a slot from 9 to 10 PM local time for a “Special Guest.”