A full week of releases with Martin Garrix’ STMPD RCRDS

With one release per day and a 24-hour virtual festival live-streamed on YouTube, Martin Garrix' imprint continues to push boundaries

If there’s a music label that has switched on the NOS in the last month, well it’s surely Martin Garrix STMPD. From the 25th of March, all the way to today, STMPD has released seven brand new tunes.

Kicking off with Infuze and his Hyperloop 2020 released the last 25th of March, the track, as Infuze tells us, took shape in 2016 as an experimental trap record. Last year when Infuze decided to make the switch to producing more in the house domain he realized that this track was ripe for a reboot. Played during his set at Martin Garrix’s RAI show, the record received a huge reaction from the fans so, he understood it was time for a release. Hyperloop 2020 marks Infuze’s third releases on STMPD and, if you put together the previous You Know and Beautiful, you will have a 3-track EP by the guy.

One day later, long-time STMPD family member LOOPERS returned on the label with Fire & Rain. The track, which features the amazing vocal by IYONA follows the trend of his latest, more groovy productions. The track moves away from LOOPERS’s hard vibes encouraging softer and more intimate beats and vibes. On top of that, IYONA incredible vocal perfectly merges with the wide baseline, creating the right depth on the track.

Up next, Dyro and Julian Calor team up for Warp Speed, hard-electro records that retrace Dyro’s signature sound of WOLV. With their fans requesting a collaboration for years, Dyro and Julian Calor finally presented Warp Speed. After the first draft was finished the guys decided to go with a space theme for the track. The name title perfectly reflects the accelerating breaks in the track. The record perfectly blends Julian Calor’s galaxy-inspired melodic lines with the hard, raw and metallic Dyro’s synth and beats.

The 1st of April is April Fool but, Seth Hills‘ new tune RUSH is no joke. His busy summer last year handed him the perfect opportunity to test what works best with live crowds. Putting that knowledge into practice is what he does on his latest track RUSH. Combining a vocal drop with a big kick and heavy baselines, and RUSH was born. The high energy makes it the perfect weapon for every DJ set and guarantees to make the crowd go wild.

A stable STMPD family member since 2018, Silque duo returns on Martin Garrix’ imprint with RIOT. Teaming up with one of the UK’s most influential artists of modern times, Dizzee Rascal, the three artists have delivered a record that has no equal. On the hunt for new fresh beats, Dizzee Rascal stumbled upon a production of Dutch duo Silque and immediately loved it. The combination of both styles turned out to be a match made in heaven, creating a vibe that could be compared to Dizzee’s monster hit Bonkers. The infectious sound palette from Silque perfectly complements Dizzee’s pumping vocals, making the track a true force to be reckoned with.

Become an icon of Spinnin’ Records and now part of STMPD roster, Sidney Samson returns with the second record in 2020. After their collaboration Revenge Of The Acid in 2013, Sidney Samson and Killfake decided to hit the studio together again this year. This studio session resulted in their brand new collaboration Your Way. The original vocal sample made the perfect starting point, resulting in the grinding house track.

Last but not least, our favorite progressive duo, DubVsion returns today after their collaboration with Alesso on One Last Time, with Into You. The Dutch progressive house duo already dropped the track in their set during the STMPD RCRDS festival livestream last weekend. Next to that, they are also the stars of the brand new STMPD RCRDS Radio episode in which the viewer gets to see a day in their life. 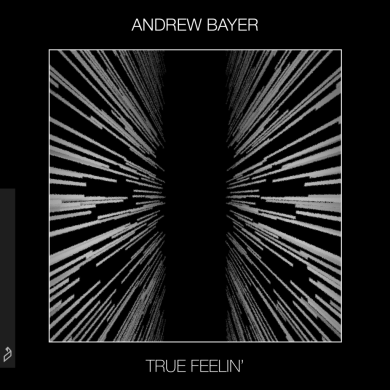 Andrew Bayer returns to his Trance roots with ‘True Feelin’’