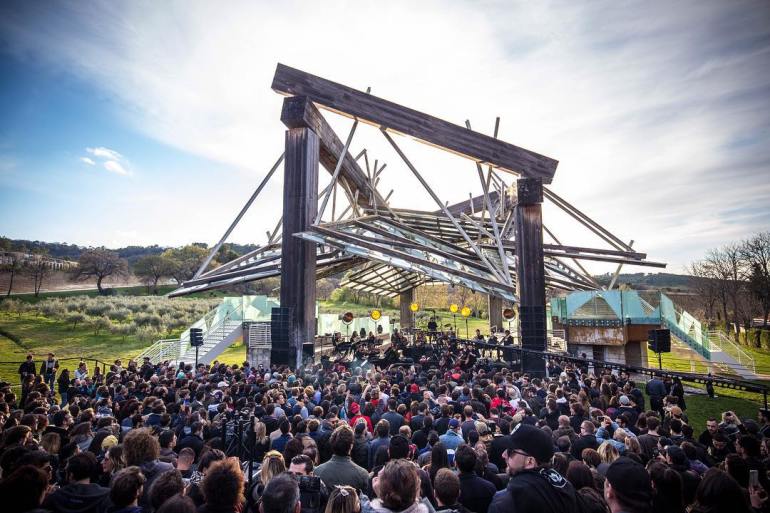 Halfway between Marseille and Aix-En-Provence, Worakls and his orchestra joined Cercle for an outstanding performance.

Bolivia, Brazil and now back to France, Cercle continues to deliver outstanding live performance on the most beautiful corners of the earth. This week was the time of Worakls and his orchestra.

In the beautiful frame of Château La Coste, halfway between Marseille and Aix-En-Provence, Worakls performed in the Music Pavillon; with its steel, glass, wood and stone structure and with this broken and ruined profile, it is currently the last scenario of this evocative journey.

Château La Coste is two hundred hectares of countryside, of which one hundred and thirty are planted with vines and an open-air museum. It was strongly backed by a wealthy property developer who years ago decided to call established artists and architects of world renown to create a path between architecture and sculpture alongside the winery.

Yesterday, thanks to Cercle, good music was added alongside sculpture and wine.


The young French prodigy Worakls is a composer above all. Soon after the Conservatory, he finds in electronic music a perfect way to give his melodies this incomparable onirism and strength that suit them so well. In 2014, he creates the label Hungry Music with his friends N’to and Joachim Pastor, allowing him to fully express those influences.

Even before the release of his first album, several of his tracks already imposed themselves as classics of a genre. He is now unveiling his new project, Worakls Band, a live performance gathering several musicians (violin, alto, cello, and guitar).

Below, the full Worakls Orchestra for Cercle is available for the stream.