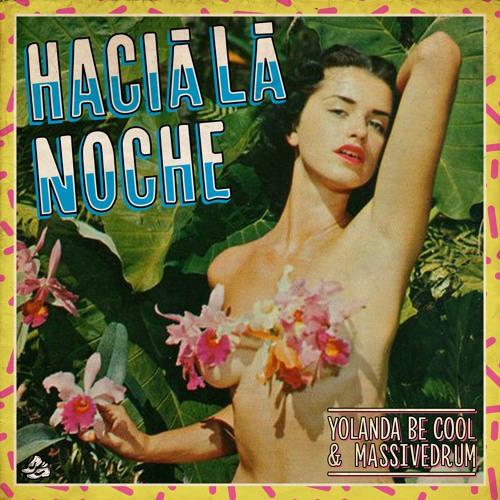 [vc_row][vc_column][vc_column_text]The Australian band Yolanda Be Cool is back from a season in the states with the summery Latino Vibes which is still running fresh through their veins. This time, they team up with Portugal’s finest producer Massivedrum to create ‘Hacia La Noche’

Yolanda Be Cool have finally released the next floor filling gem that they’ve been teasing since months, this track is inspired from musical cultures of Colombia and South America, it fuses together traditional Columbian music with some modern beats.

The meaning of the track ‘Hacia La Noche’ means ‘Into The Night’, these guys wanted to make a track that they could play at their PLAY IT COOL parties that they had hosted in LA and they continued “It was on a rooftop pool on Sundays in Hollywood and we felt that this tune really summed up the vibe of the parties. Since then, we’ve been testing it at all our shows and it never disappoints so can’t wait to get it out there.” Hacia La Noche’ is out now on Sweat It Out.

Yolanda Be Cool & Massivedrum team up to make you feel some fresh Latino Vibes.

Massivedrum‘s accolades include being a very prolific and awarded music producer with 2 artists albums, more than sixty single and has official remixes for artists like Bob Sinclar, Liquideep, DJ Chus, etc. His music knows no boundaries and his sets include almost all genres of house music.