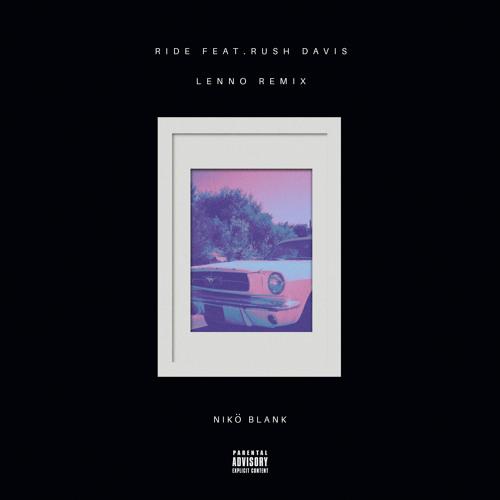 [vc_row][vc_column][vc_column_text]Axtone’s It’s Great veteran Lenno, is back, this time with an extraordinary remix for Nikö Blank’s “Ride.”

Lenno turns the original record into a fresh one that makes you immediately feel the summer vibes. It is a perfect remix that can be enjoyed at Coachella for example, while drinking a cold drink on the side of a pool. The magic melody and the happy vibes will put you instantly in the right mood. The remix keeps the original vocal by Rush Davis adding more incredible sounds to, what already was, an amazing record.

You can imagine playing this track when you’re riding in your car and you just want to forget everything that’s happening around and all you want to do is enjoy the beautiful vibes of this remix. Lenno’s version is part of Nikö Blank’s debut EP, ‘The Frame,’ which includes three remixes.

You might have heard Lenno from Axtone’s “It’s Great” series. He is a producer from Finland and he makes Indie Music/Nu Disco, Progressive House, Complextro, and more importantly, he produces fresh and unique music. He always puts a glittering, summery spin on all of the tracks and remixes he creates. The moment he entered Axtone’s roster, he gained great attention and music was spreading worldwide.

Nikö Blank, instead, was born in South Korea. His exposure to Western culture was through a popular music track books. He started loving and discovering talents like Stevie Wonder, Marvin Gaye, The Carpenters and more. After all that, he started producing his own music which was influenced by artists like Flume, Cashmere Cat & Mura Masa. His music started reaching out to more people when he released an unofficial remix of “Never Be Like You” which was produced by Flume. Electronic Dance Music is spreading a lot in the Asiatic region and we can’t wait to hear more music from Nikö.[/vc_column_text][vc_column_text]He has also released a short film about the EP. You can check it below and we suggest to have a look because it’s really wonderful.